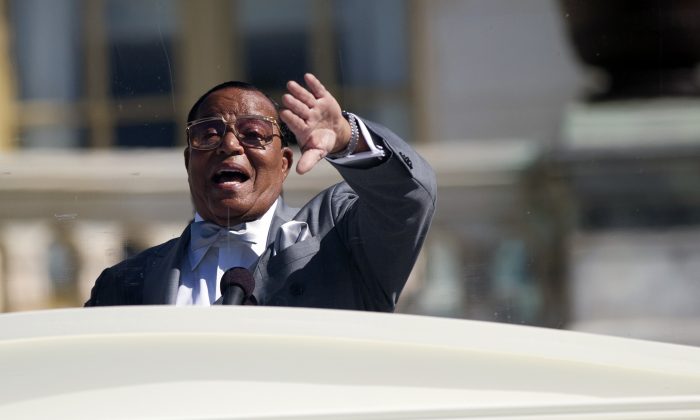 Nation of Islam’s Leader Says Its Security Group, Fruit of Islam, Will Protect Beyonce on Tour

The leader of Nation of Islam says its security division, Fruit of Islam, will protect Beyonce during her upcoming tour if police follow through on their announced boycotts.

Louis Farrakhan, speaking at Saviours’ Day this past week, told the crowd:

“She started talking that black stuff. And white folks, ‘We don’t know how to deal with that.’ Well, you taught us everywhere we went about the Holocaust. But we had sympathy for you. But when one of us shows some independence, look at how you treating Beyoncé now. You’re going to picket? You’re not going to offer her police protection? But the FOI will,” Farrakhan said in his speech, which was later posted to Facebook.

Farrakhan on Beyoncé & Kendrick Lamar.. “The Cultural Revolution Is On!”

“So we say to our hip-hop community: Say what you feel. Put it out there with strength. They allowed you to call your women [expletive] and whores. Put it out there. Say how you love your black self and you want to see black people free. We’ll back you up.”

The Miami Chapter of Fraternal Order of Police, as well as the Tampa police, announced security boycotts of Beyonce’s upcoming tour stops.

The boycott announcements came after the release of Beyonce’s music video for “Formation,” which some believe has an anti-police message.

The Fruit of Islam has protected singers and rappers in the past, such as Jay Z at the Brooklyn Hip-Hop Festival in 2015.