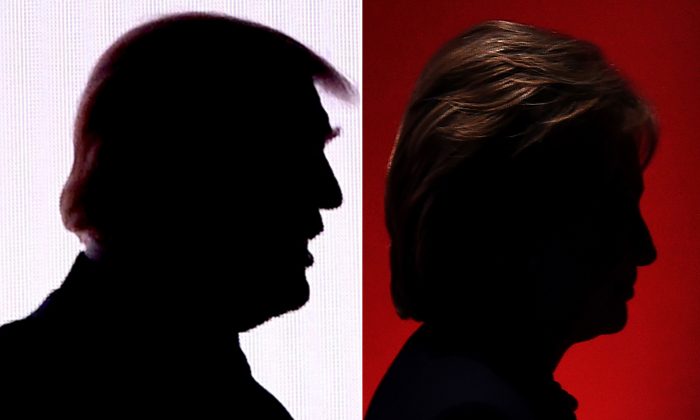 Silver made the prediction on the eve of Election Day. He made his prediction just hours before polls opened on Tuesday.

His website shows Democratic candidate Clinton with a 3- to 4-point lead over Republican candidate Trump.

The model that Silver, who generally predicts the outcomes of sports games, exhorts says that Clinton has around a 70 percent chance of winning the election.

“Clinton has had a good run in the polls in the final days of the campaign,” he wrote. “Clinton’s projected margin of victory in the popular vote has increased to 3.5 percent from 2.9 percent.”

Silver added that in the past 24 hours, Clinton’s odds of victory increased by about 5 points—from 65 percent to 70 percent.

But, as Silver noted, “there’s a wide range of outcomes” in the election, “including the chance of a Donald Trump victory, but also a Clinton landslide that could see her winning states such as Arizona” is also possible.

Where Clinton and Trump Stand

The FiveThirtyEight forecast indicates that Clinton is being favored in states that have Electoral College votes tallying 323. It includes all the states President Barack Obama won in 2012, but not Iowa and Ohio, but it adds North Carolina. Some of the most recent polls, however, showed Trump ahead by a slim margin in North Carolina and Florida.

And earlier this week, Silver told ABC that Clinton isn’t safe, as she’s just “one state away” from losing on Election Day.

“The electoral map is actually less solid for Clinton than it was for Obama four years ago,” Silver said on ABC. “Four years ago, we had Obama ahead in states totaling 320-some electoral votes.”

“Clinton has about 270, so she is about one state away from potentially losing the electoral college.”