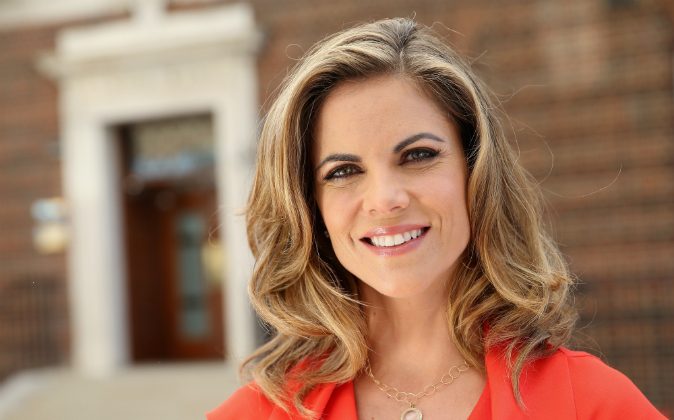 “Today” show news anchor Natalie Morales is heading to the west coast to take on the hosting duties for “Access Hollywood,” according to network executives.

The 43-year-old journalist will relocate to Los Angeles to replace former host Billy Bush on “Access Hollywood” and “Access Hollywood Live.” Bush will replace Morales at 9 a.m for the morning show in time for the upcoming 2016 Summer Olympics in Brazil.

“With our show’s increasing focus on West Coast stories, it became clear to me that having a permanent anchor presence in L.A. would be of enormous value,” Noah Oppenheim, an NBC News senior vice president, wrote in a memo to staff on May 4.

Morales will continue her duties on “Dateline” and will serve as the west coast news anchor for the “Today” show.

“We are excited. We’ve longed talked about moving to the West Coast—the sun is always shining,” said Morales as she addressed her new move on the May 5 broadcast of the NBC show. “I think we’re looking forward to it. It’s going to be a good change of pace, a good lifestyle change.”

She also praised her new team in Hollywood.

Colleague Savannah Guthrie, who was out sick while the other co-anchors congratulated Morales for her new venture, expressed support via Twitter.

So proud and happy for my dearest @nmoralesnbc and her big move west. You’re not really leaving but I miss you already. LA just got sunnier

This is just one of a couple of the shakeups occurring in the morning television circuit.

Michael Strahan is leaving ABC’s “LIVE! With Kelly and Michael” for a full-time gig with “Good Morning America” this fall.

Both “GMA” and “Today” continue to fight for the top ratings spot among the morning talk shows.