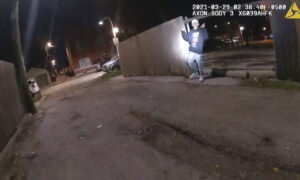 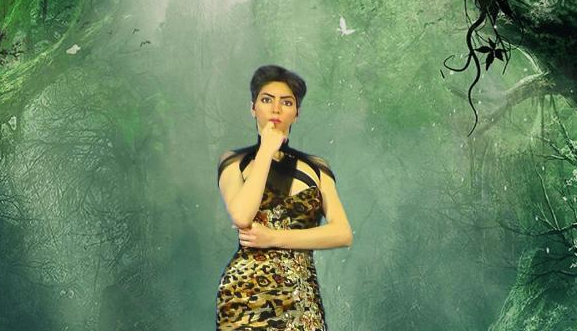 Nasim Aghdam, 38, has been identified as the shooter at the YouTube headquarters in San Bruno, Calif. on April 3, 2018. (Screenshot via http://www.nasimesabz.com/)
Crime and Incidents

Widespread panic ensued when a female suspect entered YouTube’s headquarters building in San Bruno, California, and opened fired on employees around lunchtime on Tuesday, March 3, before taking her own life. The attack left three others injured with gunshot wounds.

Police have now identified the suspect as 39-year-old Nasim Najafi Aghdam from San Diego, California, according to a statement released by the San Bruno police department on April 3.

Sources have confirmed that Aghdam is a user of the video viewing platform and ran a website that targeted YouTube for its censorship and demonetization of her video content, reported ABC News.

Investigators initially believed that the shooting was a domestic incident and that she may have been targeting someone at the YouTube facility. However, the police statement at 10:25 p.m. said “there is no evidence that the shooter knew the victims of this shooting or that individuals were specifically targeted.”

According to Aghdam’s father, his daughter had been venting to the family that YouTube had stopped payments to her for her video content, reported the Bay Area News Group. He said the family had called police to report Aghdam missing on Monday after she didn’t answer her phone for two days. He said he had told police that he believed she might go to YouTube because she “hated” the company.

“There is no equal growth opportunity on YOUTUBE or any other video sharing site, your channel will grow if they want to!”

The 38-year-old has also created a video to express her concerns about YouTube.

Mountain View police called the family at 2 a.m. on Tuesday to confirm Aghdam was fine after finding her asleep in her car, the father told the news group. He said he did not know that she had a gun.

Aghdam other social media accounts have also been removed or deactivated. She posted online using English and Farsi, the official language of Iran, reported Newshub. Aghdam’s parents are believed to be Iranian, according to CBS News.

The shooting occurred after 12 p.m. in an outdoor patio and dining area of the facility. Officials said the firearm used was a 9mm handgun.

Heavily armed police responded to the active shooting as employees ran from the building. After an initial search, police found Aghdam dead from a self-inflicted gunshot wound. Three other people — a 36-year-old man, a 32-year-old woman, and a 27-year-old woman — were transported to local hospitals with gunshot wounds, reported CBS News.

President Donald Trump said the White House had been briefed about the shooting and thanked law enforcement officers and first responders for their phenomenal response to the incident in a tweet on April 3.

Was just briefed on the shooting at YouTube’s HQ in San Bruno, California. Our thoughts and prayers are with everybody involved. Thank you to our phenomenal Law Enforcement Officers and First Responders that are currently on the scene.

San Bruno Police Chief Ed Barberini said there are no other threats to the community.

“Following an initial search to identify any immediate threats, a perimeter was established with the assistance of responding officers from several allied police agencies. Tactical teams then conducted a thorough search of the campus located at 901 Cherry Avenue. No other suspects were located, nor are there additional suspects believed to be associated at this time,” the statement said.

The next press conference is scheduled for 9am tomorrow morning outside of the San Bruno Police Department, 1177 Huntington Ave.