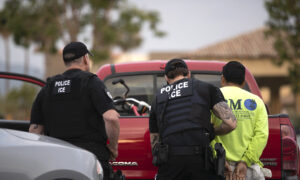 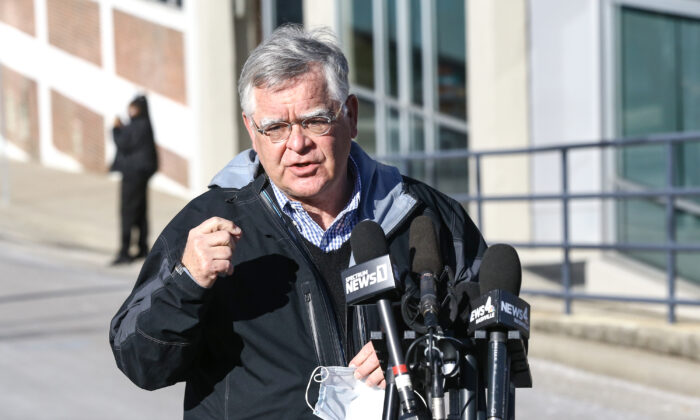 The mayor of Nashville has declared a state of emergency after torrential rains flooded large areas in the Tennessee capital, leaving roads impassable, homes flooded, and at least four people dead.

“Today, I signed an executive order declaring a local state of emergency due to flooding in Nashville, as we seek state and federal resources to assist Davidson County,” Mayor John Cooper wrote in a statement Sunday.

Today, I signed an executive order declaring a local state of emergency due to flooding in Nashville, as we seek state and federal resources to assist Davidson County.

The body of a 70-year-old man identified as Garry Cole was among three bodies recovered near the Seven Mile Creek in South Nashville after it flooded, police said.

“Search & Rescue officers have just recovered a deceased man from this Honda sedan that was submerged by flooding from the creek,” the Metro Nashville Police Department wrote on Twitter.

The apparent drowning victim recovered this morning in a Honda Sedan is identified as Garry Cole, 70, of South Nashville. https://t.co/uf1KZP81zl

Two other victims of the catastrophic flooding were identified as 64-year-old Fredrick Richards and a 46-year-old woman. They were found deceased near a homeless camp in a wooded area just off Edmondson Pike, which was also impacted by floodings from the Seven Mile Creek.

The fourth person found dead was identified by police as 65-year-old Douglas Hammond. He was swept by the floods as he tried to get away after exiting his car that got submerged in floodwaters.

“We send our deepest sympathies to the loved ones of the four Nashvillians who died in last night’s flooding,” Cooper wrote on Twitter in response to the casualties. “Metro’s first responders have worked tirelessly following the city’s second-highest ever two-day rainfall, which flooded neighborhoods across the county.”

The apparent drowning victim found this morning on the Nashboro golf course is identified as Douglas Hammond, 65, who lived nearby. Hammond was swept away by flood waters after getting out of his car that had become stuck on Flintlock Ct. pic.twitter.com/8hfatB5j6w

A portion of Interstate 40 was temporarily shut down due to high water that stranded a vehicle and its driver. The driver was able to get out of the vehicle and to safety, the Tennessee Highway Patrol in Nashville tweeted. First responders also told drivers to avoid part of I-24 south of Nashville.

The highest rainfall ever recorded in Nashville was during the 2010 flood, which caused 21 deaths in Tennessee and an estimated $1.5 billion in damage in Nashville.