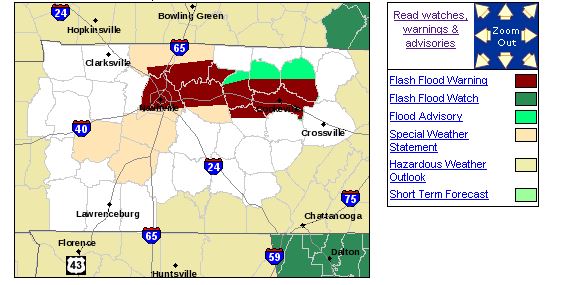 Flash flood warnings for multiple areas in the middle of Tennessee, including Nashville, were extended until 3:00 p.m. CDT.

The National Weather Service said that as of 11:49 a.m. CDT, the doppler radar indicated “Slow moving thunderstorms with very heavy rainfall approaching and moving across the warned area.”

Depending on the area, anywhere from three to seven inches of rain has fallen on much of the area, and another one to three inches is expected this afternoon. Flooding continues to be reported in many locations across the Nashville area, said the service.