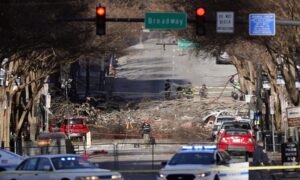 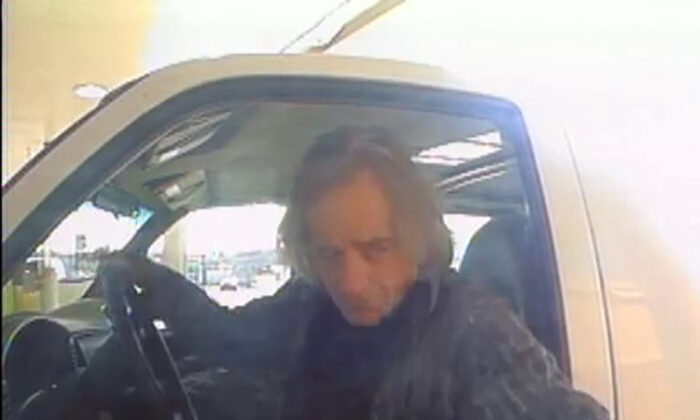 Anthony Quinn Warner in an undated photograph. (Courtesy of FBI via AP)
Crime and Incidents

The man authorities said detonated a recreational vehicle, killing himself in downtown Nashville on Christmas Day last year, was motivated by life stressors including paranoia, not social or political ideology, the FBI said on Monday.

The FBI and law enforcement partners conducted a lengthy investigation into the bombing, which Anthony Quinn Warner was accused of committing.

The probe found Warner, 63, acted alone in building and setting off the improvised explosive device which blew up his RV.

The team, with the help of the FBI’s Behavioral Analysis Unit in Quantico, Virginia, looked into why Warner decided to act as he did.

“Based on analysis of the information and evidence gathered throughout the investigation, the FBI assesses Warner’s detonation of the improvised explosive device was an intentional act in an effort to end his own life, driven in part by a totality of life stressors—including paranoia, long-held individualized beliefs adopted from several eccentric conspiracy theories, and the loss of stabilizing anchors and deteriorating interpersonal relationships,” the FBI said in its report on the bombing on March 15.

“The FBI assesses Warner specifically chose the location and timing of the bombing so that it would be impactful, while still minimizing the likelihood of causing undue injury. The FBI’s analysis did not reveal indications of a broader ideological motive to use violence to bring about social or political change, nor does it reveal indications of a specific personal grievance focused on individuals or entities in and around the location of the explosion.”

Only Warner knows why he detonated the explosive device but authorities are confident, based on the evidence collected, such as Warner’s own writings and interviews with those who knew him best, that the assessment is accurate.

Douglas Korneski, special agent in charge of the FBI’s Memphis Field Office, thanked citizens and others for support during the investigation.

“Additionally, the collaborative efforts of all local, state and federal agencies who responded to this incident, and the hundreds of hours dedicated by their men and women, were truly invaluable to this unified effort. They exemplified the tireless dedication we’ve come to expect from those who respond to these types of critical incidents,” he said in a statement.

Warner blew up the vehicle at 6:29 a.m. near an AT&T facility on Second Avenue in the most populous city in Tennessee. Six police officers had rushed to the scene after several 911 callers reported hearing gunshots.

The RV was broadcasting a message about an impending bombing before it went off, prompting the officers to rush to evacuate people from the area.

Several of the officers were injured, but no one died apart from Warner.

Officials had suggested that Warner may have been targeting the AT&T building. Lt. Steven Rogers, a former FBI Joint Terrorism Task Force member, described the bombing as unusual.

“I’ve never seen anything like this in my 38 years in law enforcement, where an individual who wants to bomb an area actually notifies potential victims to clear the area,” he said in a previous interview with NTD. “So clearly, this individual did not want to kill people. He wanted to minimize the loss of human life.”

Warner’s ex-girlfriend called 911 in 2019 to warn that Warner was building bombs but police said they didn’t have enough evidence to search the home.