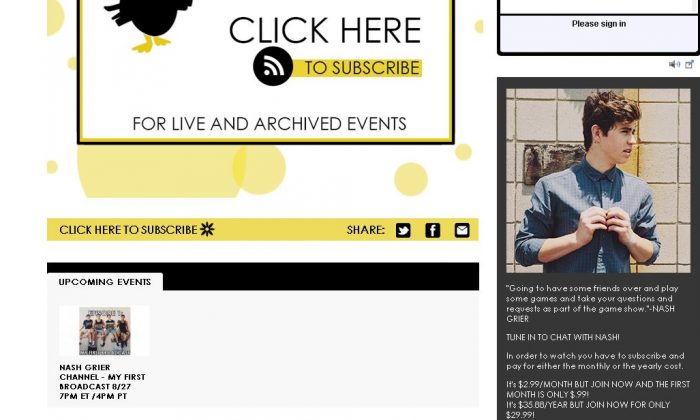 Fans of Nash Grier are angry that his live stream on Wednesday night costs money.

“Going to have some friends over and play some games and take your questions and requests as part of the game show,” he added on his page.

But many fans complained that the live stream costs money.

“Rt if you don’t have the money, or don’t want to pay to watch #nashlivestream,” said one fan.

“I don’t have money to watch,” added another.

“30$ its a lot i mean only rich people could pay that or someone who works, i mean my parents wont let me buy,” added another.

“Nash is gonna come on twitter a realise we’re all broke,” added yet another.

“People go live for a reason. It’s so they don’t have to do meet n greets and [expletive]. WE SHOULDNT HAVE TO PAY,” added yet another.

Some fans have paid for the live stream though and are watching it and participating.

“Nash are you going to the Gator Game on Saturday?” asked another.