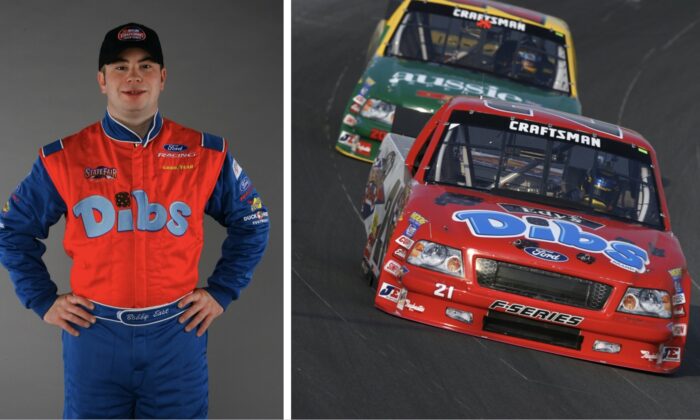 Former NASCAR driver Bobby East has died after being stabbed to death at a California gas station.

East, 37, was at a 76 gas station in Westminster on July 13 when he was stabbed in the chest, according to the Westminster Police Department.

Responding officers found the three-time U.S. Auto Club (USAC) champion on the ground, suffering from a serious stab wound to the chest.

“Officers attempted life saving measures until OCFA paramedics arrived and transported the victim to a local trauma center, where the victim succumbed to his injury,” according to Sgt. Eddie Esqueda of the Westminster Police Department.

Police identified the suspect as 27-year-old Trent William Millsap, who has an outstanding parole warrant and is described as “armed and dangerous.”

Photographs provided by police show Millsap covered in tattoos, while describing him as a “transient and known to frequent Westminster, Garden Grove, and Anaheim motels.”

Police have not disclosed any known motive for the stabbing.

‘One Heck of a Wheelman’

Many took to Twitter to offer their condolences for the passing of East, who captured 56 career USAC-sanctioned feature victories.

East’s first career triumph in the USAC National Midgets in 2001 at the age of 16 made him the youngest USAC national feature winner ever at the time, according to Racer.

“East was phenomenal in USAC National Sprint Cars as well, most notably on pavement tracks,” the USAC said in a statement. “He tallied 15 wins in the series, with the first coming in 2003 at Ohio’s Mansfield Motorsports Speedway.”

USAC also noted that East won the Milwaukee Mile in 2005 in what was the last ever USAC Sprint Car race held on a one-mile track.

“Very sad to hear of the tragic incident involving Legend USAC driver Bobby East. He was one heck of a wheelman. Thoughts and prayers to his family,” wrote two-time NASCAR champion and Fox Sports analyst Todd Bodine, in a post on Twitter.

East was the son of Bob East, a USAC Hall of Fame car builder.