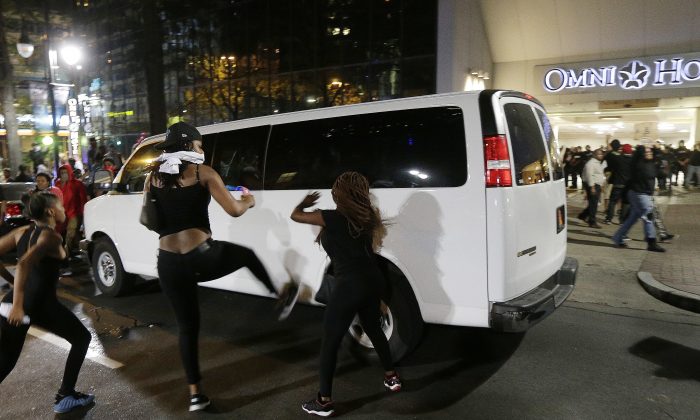 CHARLOTTE, N.C.—The NASCAR Hall of Fame in downtown Charlotte is among the places damaged during violent protests over the police shooting of a black man this week.

The Charlotte Regional Visitors Authority oversees the NASCAR Hall of Fame building and the convention center next door. An official said the building is being assessed for damage.

According to local news outlets, a street sign hung off-kilter from the front window of the hall’s building after someone tried to pry it from the window.

The regional United Way building across the street from the hall was also damaged. Lobby windows were smashed. Officials don’t know if anyone entered the building.

Live at the #NASCAR Hall of Fame. Damage to this and 1 other window sustained last night. Hall will open at 10. pic.twitter.com/m0Ojiy7bST