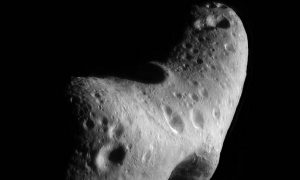 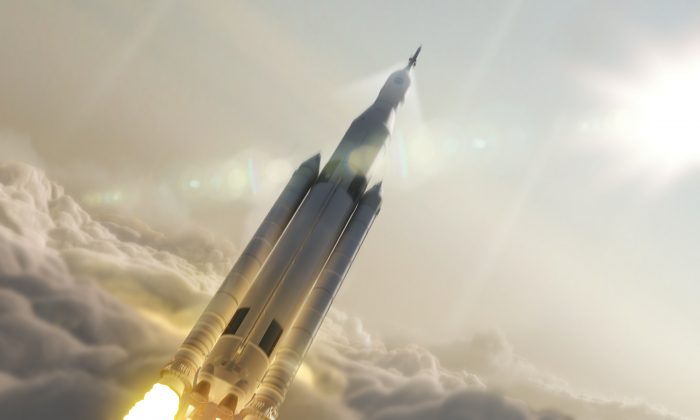 The spectacular failure last week of the SpaceX Falcon 9 rocket underscores a growing problem for NASA: its reliance on private companies and Russia in order to launch many of its crucial missions.

The seed of this problem was planted several years ago with several cuts to NASA’s budget and the cancellation of the Constellation program, which was to replace the retired Space Shuttle and allow the United States a domestic platform to reach the International Space Station (ISS), the moon and eventually Mars.

Recent recommendations made by the U.S. Senate Appropriations subcommittee also leave NASA without a domestic launch capability, thus making it more reliant on others for its space missions.

So, until such time as NASA is able to complete its next generation of rocket, the Space Launch System, the United States is forced to rely on private space companies and/or continue to funnel millions to dollars to Russia, which is becoming increasingly politically unpalatable.

While private space companies such as SpaceX have shown promise in recent years, last week’s failure raises some questions as to whether it’s up to the task of handling many of NASA’s crucial launches.

On June 28 the world watched as the rocket hosting the SpaceX Dragon cargo ship—carrying nearly two tons of food, clothing, equipment, and science experiments bound for the International Space Station (ISS)—detonated 2 minutes and 21 seconds after launching from Cape Canaveral in Florida.

Thankfully, the crew on board the ISS won’t go hungry, as they have several months’ worth of food and supplies, and are expected to be able to sustain themselves until the next delivery.

The explosion has proven costly to the private space industry. The Falcon 9 was taking gear for docking stations designed for space taxis under development by SpaceX and Boeing. They are of particular importance as NASA plans to use them for crew transportation by 2017-2018, reducing its reliance on Russia for transport to the ISS.

This was also the third supply ship to fail in less than 12 months. Orbital ATK‘s capsule exploded in October, carrying over two tonnes (about 2.2 tons) of supplies, and a Russian Progress cargo shipment was lost with 2.5 tons of goods last April. Another Russian Progress cargo shipment is launching this week to carry supplies to the ISS once again.

NASA’s plan has been to let private space companies handle certain tasks, such as launches to the ISS, as it shifts it focus on deeper space missions, such as the Journey to Mars and Robotic Mars Exploration missions.

SpaceX, led by billionaire technology entrepreneur Elon Musk has performed 18 successful launches using Falcon 9 rockets since 2010, and is considered an industry leader in this new age of privatized space activities.

Last month, the company was certified by the U.S. Air Force to perform military and national security missions using Falcon 9 equipment. The U.S. Air Force has reiterated its confidence in SpaceX after last week’s explosion.

Will NASA Mission Find a Salty Ocean on Europa?

Yet, since the retirement of the Space Shuttle program back in 2011, NASA has been relying primarily on Russian space technology to get shipment and astronauts to the ISS.

Relations between Russia and the U.S. since then have been tense. So NASA has formed strategic alliances with SpaceX, Orbital ATK, and strengthened its links with Lockheed Martin and Boeing to come up with “home-made” alternatives to the Russian launchers. Boeing and SpaceX have both won bids to launch astronauts from U.S. soil to the ISS in 2017.

However, last week’s failure may lead to delays for future SpaceX launches. The company has a large backlog of nearly 50 missions, worth over U.S.$7 billion.

This puts Russia in a commanding position in terms of launching missions to the ISS. NASA reportedly pays U.S.$70 million per astronaut when using Russian Soyuz rockets for transportation. Russia also has its own cargo supply technology in the Progress cargo ships.

Yet U.S. Senate Armed Services Committee member John McCain was quick to point out that the SpaceX “mishap in no way diminishes the urgency of ridding ourselves of the Russian RD-180 rocket engine.”

The bills also provide U.S.$220 million to begin development of U.S. alternatives. It is worth noting that the U.S. Air Force still relies on Russian RD-180 engines to launch national security satellites into space.

SpaceX takes a different approach. Elon Musk’s vision is for an all-American space company: American hardware, American engineers, American engines, and so on. SpaceX is also cheaper to outsource to for NASA with an average price tag of U.S.$133 million per launch compared to U.S.$2.255 billion with its competitors.

The fact that SpaceX designs and builds the majority of its equipment in-house works in its favor. Any defects or failures are easier to detect when component manufacturing and assembly lines are all under the same roof. Boeing learned that lesson the hard way after delays and issues with its 787 Dreamliner were blamed on poor quality components coming from subcontractors.

The number of private space companies has skyrocketed over the last several years. Teething problems are expected with any new endeavours but failure in space travel can come at an astronomical cost and can result in tragic loss of life.

Hamza Bendemra is a research engineer at the Australian National University. This article was previously published on TheConversation.com