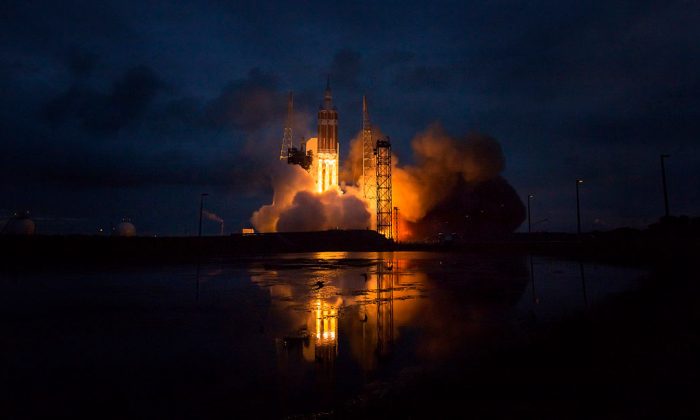 Asteroid Bennu might only have a one in 2,700 chance of hitting Earth, but it would explode with 80,000 times the force of Hiroshima.

And while the 63,000-mph, 87.08 million-ton object isn’t due to hurtle close enough to Earth until 2135 (Sept 25, to be precise) researchers said there is no time to lose in figuring out a way to deflect it.

Scientists from NASA together with other researchers have sketched out plans for a spaceship battering ram to nudge the asteroid off a collision course, with a nuclear fallback option.

“The chance of an impact appears slim now, but the consequences would be dire,” said Kirsten Howley, a co-author of the study published in  Acta Astronautica,

“This study aims to help us shorten the response timeline when we do see a clear and present danger so we can have more options to deflect it.,” said Howley in a statement on March 15.

“The ultimate goal is to be ready to protect life on Earth.”

The study concludes that a single strike from the HAMMER ship that could be launched with current rocket technology would not be enough to deflect the path of the asteroid but they suggest that dozens of such strikes would be effective.

The ship would be launched with the Delta IV Heavy rocket.

The more lead time, the better. They calculate it would take 7.4 years from the decision to start construction through to the moment it actually hit the asteroid after a long journey through space.

“If we only had 10 years from launch, we would need to hit Bennu with hundreds of tons of HAMMER mass just to barely deflect it off of an Earth-impacting path, requiring dozens of successful launches and impact at the asteroid,” said Megan Bruck Syal, an LLNL physicist.

While the battering ram ship would be tiny in comparison to the asteroid, the impact would cause a minute change in the course or speed that would multiply over years of travel over millions of miles in space.

“The push you need to give it is very small if you deflect the asteroid 50 years out,” Howley said. “But that far out, you’re likely to think the percentage of being hit would be 1 percent. The probability of a Bennu impact may be 1 in 2,700 today, but that will almost certainly change—for better or worse—as we gather more data about its orbit. Delay is the greatest enemy of any asteroid deflection mission. That’s why there’s urgency in getting viable deflection platforms on the shelf today.”

The researchers said that the other approach is to use a nuclear bomb to deflect the asteroid.

“Unlike popular portrayals of a nuclear deflection mission—like the movie “Armageddon”—the nuclear deflection approach would consist of detonating a nuclear explosive some distance from the asteroid,” said the statement from LLNL “This would flood one side of the asteroid with X-rays, vaporizing a layer of the surface, which would create rocket-like propulsion as vaporized material is ejected from the object.”

Bennu orbits the sun in an elliptical orbit around ever 1.2 years, coming close to earth once every 6 years.

Bennu was first spotted back in 1999. In 2016 a spacecraft, Osiris-Rex, was launched with the mission of traveling to the asteroid to bring back samples and is due to return in 2023.