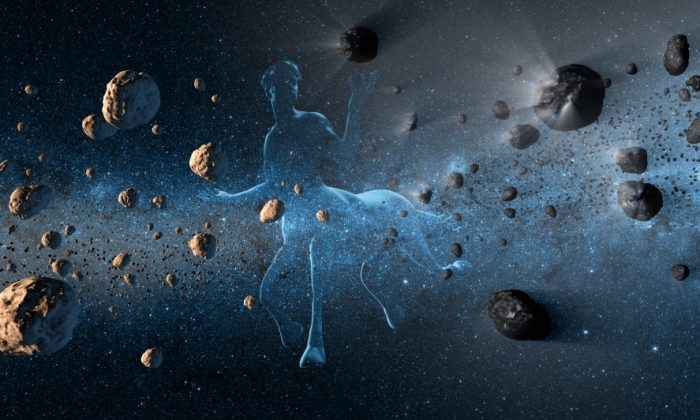 New observations from NASA's NEOWISE project reveal the hidden nature of centaurs, objects in our solar system that have confounded astronomers for resembling both asteroids and comets. The centaurs, which orbit between Jupiter and Neptune, were named after the mythical half-horse, half-human creatures called centaurs due to their dual nature. This artist's concept shows a centaur creature together with asteroids on the left and comets at right. (NASA/JPL-Caltech)
Science

The NASA WISE telescope might be used as an asteroid hunter, it was reported.

A senior space agency official told Reuters this week that NASA might reactivate the mothballed Wide-field Infrared Survey Explorer, or WISE, that was launched in 2009 to take pictures of a sky map. The telescope could see through dust and could spot dim objects.

It was later used to look for asteroids, comets, and other objects in the solar system.

But now NASA is looking to use the device to find asteroids that might be on a collision course with the Earth, Lindley Johnson, who oversees NASA’s Near-Earth Objects division, according to the news agency.

“If an object of that size were to impact the Earth, it would have global consequences,” Lindley said. “One as much as 100 meters (328 feet) in size would have regional effects and could cause a great many casualties.”

The space agency said that it was discovered around 95 percent of asteroids 1 kilometer or larger in diameter.

In a press release last week, NASA’s Jet Propulsion Laboratory said that data used by WISE found that most “small celestial bodies orbiting the sun between Jupiter and Neptune” are comets.

“Just like the mythical creatures, the centaur objects seem to have a double life,” James Bauer of NASA’s Jet Propulsion Laboratory said in the release. “Our data point to a cometary origin for most of the objects, suggesting they are coming from deeper out in the solar system.”