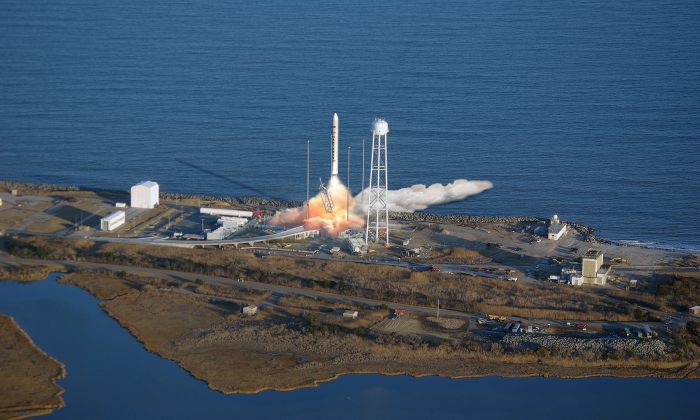 NASA: A test rocket will launch from a small facility on April 17

The Antares rocket, launching under a program of private companies delivering supplies to the International Space Station, will try to launch spacecraft weighing up to 14,000 lbs into low-Earth orbit.

A $1.9 billion contract between Orbital Sciences Corporation and NASA includes Antares taking cargo to the station over a four-plus year period. Orbital will launch another test in November this year, with Cygnus, a new unmanned capsule. If both tests go well then eight real resupply crafts to the station will launch through 2016.

In this first test, the simulated payload mimics what the Cygnus capsule will be able to deliver.

NASA says programs like the Commercial Orbital Transportation Services program are helping develop a safe, reliable, and cost-effective transportation program to and from the space station and low-Earth orbit.

The test launches are from The Wallops Flight Facility on Virginia’s rural Eastern Shore, near Maryland.