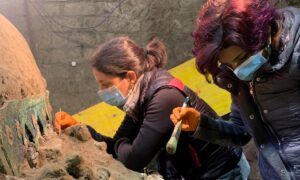 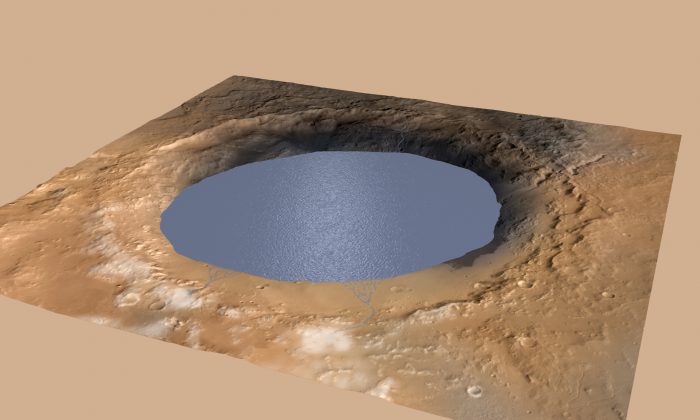 NASA Says Mars’ Gale Crater was Once a Lake

NASA said Monday that the Gale Crater–the landing site of the Mars Curiosity rover–was once a large body of water.

The crater is about 100 miles in diameter and approximately 3.5 billion to 3.8 billion years old.

According to a release, NASA said the crater had a lake for millions of years, which suggests that ancient Mars had a climate that had a number of lakes on its surface.

“If our hypothesis for Mount Sharp holds up, it challenges the notion that warm and wet conditions were transient, local, or only underground on Mars,” Ashwin Vasavada, the Curiosity deputy project scientist at NASA’s Jet Propulsion Laboratory, said in the release.

“A more radical explanation is that Mars’ ancient, thicker atmosphere raised temperatures above freezing globally, but so far we don’t know how the atmosphere did that.”

The team operating Curiosity said that scientists have been able to determine that the bottom of the crater “had the right ingredients and environment to have been able to support microbial life,” Mars Exploration Program Michael Meyer told The Verge. He added that it’s not clear how long the conditions lasted on the planet.

Scientists were able to find out via the rover’s camera there were “rivers carried sand and silt to the lake, depositing the sediments at the mouth of the river to form deltas similar to those found at river mouths on Earth,” NASA said.

“The great thing about a lake that occurs repeatedly, over and over, is that each time it comes back it is another experiment to tell you how the environment works,” Curiosity Project Scientist John Grotzinger of the California Institute of Technology in Pasadena said. “As Curiosity climbs higher on Mount Sharp, we will have a series of experiments to show patterns in how the atmosphere and the water and the sediments interact. We may see how the chemistry changed in the lakes over time. This is a hypothesis supported by what we have observed so far, providing a framework for testing in the coming year.”