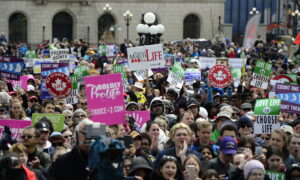 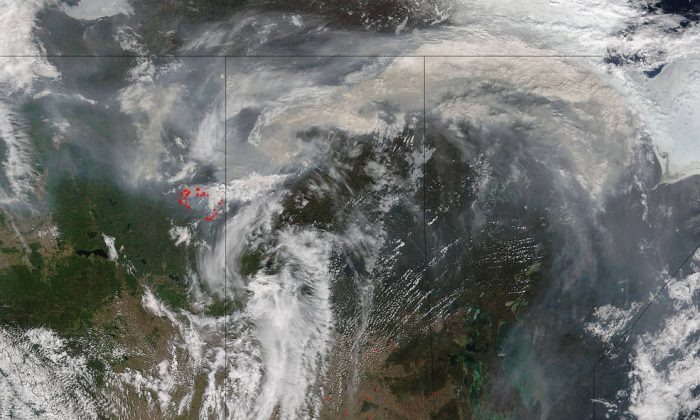 The Suomi NPP satellite captured this image on May 08, 2016, of the wildfires currently burning in Canada. (Courtesy:NASA/NOAA/DOD)
Canada

The Fort McMurray fire in Alberta rages on, destroying an oilsands camp, while making its way towards industrial sites, CBC reported on May 18.

“It’s really been burning intensely and the winds have been carrying it,” Wildfire information officer Travis Fairweather told CBC. He also said the fire’s “pretty significant” growth is due to “extreme fire conditions.”

The  blaze has been burning since the beginning of May. Fort McMurray is the center of Canada’s oil sands region. The Alberta oil sands are the third largest reserves of oil in the world following Saudi Arabia and Venezuela.

Meanwhile, Alberta officials laid out a “conditional timeline” on May 18. The 80,000 residents who were forced to evacuate Fort McMurray will be allowed to begin returning to their homes on June 1 on a voluntary basis. The entire population will be able to return by June 15.

Officials also said schools in Fort McMurray will be closed until September and that all students will be promoted to the next grade.

On the Air Quality Health Index scale of 1-10, Fort McMurray ranked 51 on May 18, the Alberta province premier, Rachel Notley said.

NASA released images on May 17 and 18 showing the magnitude of the blaze. The red dots show the actively burning areas: