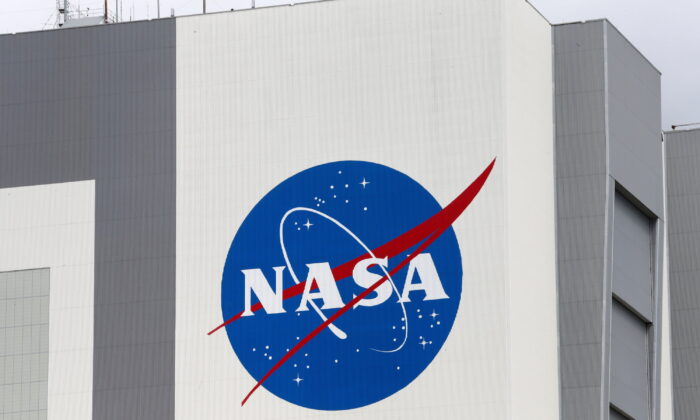 The NASA logo at Kennedy Space Center ahead of the NASA/SpaceX launch of a commercial crew mission to the International Space Station in Cape Canaveral, Fla., on April 16, 2021. (Joe Skipper/Reuters)
Science News

NASA is about to clobber a small, harmless asteroid millions of miles away.

A spacecraft named DART (Double Asteroid Redirection Test) will zero in on the asteroid Monday, intent on slamming it head-on at 14,000 mph.

The impact should be just enough to nudge the asteroid into a slightly tighter orbit around its companion space rock.

It’s the first save-the-world experiment of its kind.

“The first test is the test of our ability to build an autonomously guided spacecraft that will actually achieve the kinetic impact on the asteroid,” said NASA DART program scientist Tom Statler at a briefing Thursday.

“The second test is the test of how the actual asteroid responds to the kinetic impact, because at the end of the day, the real question is how effectively did we move the asteroid? And can this technique of kinetic impact be used in the future if we ever needed to?” he added.