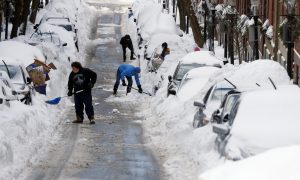 Boston Blizzard: How it Melts Matters as Much as How Much Falls
0
Share Now
TelegramFacebookTweetEmailTellMeWeReddit
Copy Link 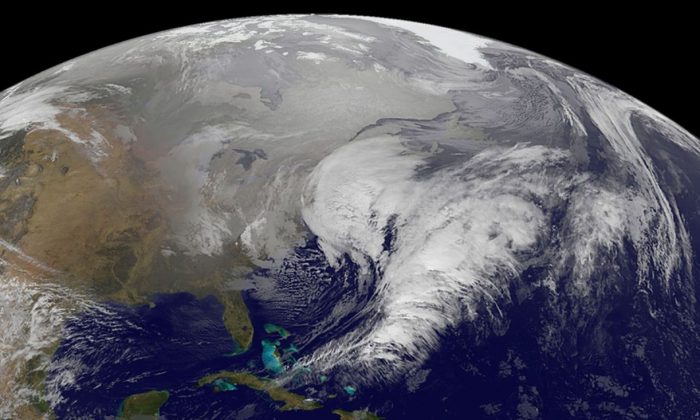 NASA has released several satellite images of the winter storm bearing down on New York City and the northeastern U.S. (NASA)
Blizzard 2015

NASA has released several satellite images of the winter storm bearing down on New York City and the northeastern U.S.

The space agency’s photo shows the storm apparently strengthening over the eastern seaboard of North America.

“@nypost: Here’s what #blizzardof2015 looks like from space http://t.co/mnOi6VjB14 pic.twitter.com/FZAQ3jkkH8 (via @nasa)” the storm that comes

As of 7 p.m. ET, snowfall totals in New York City are close of 5 inches in Queens and more than 4 inches in Central Park, the National Weather Service says. In parts of Pennsylvania, as much as 3 inches.