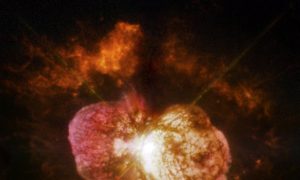 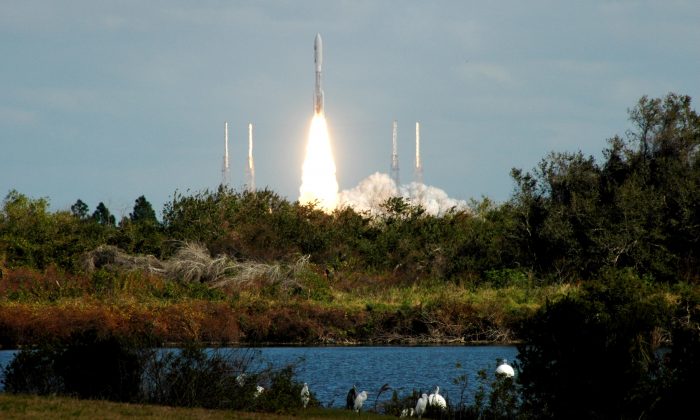 With increasing knowledge and familiarity, we'll no longer be able to identify meaningful criteria to keep these good planets down

Ceres is the largest object in the asteroid belt, and NASA’s Dawn spacecraft will arrive at this dwarf planet on March 6, 2015.

Pluto is the largest object in the Kuiper belt, and NASA’s New Horizons spacecraft will arrive at this dwarf planet on July 15, 2015.

These two events will make 2015 an exciting year for solar system exploration and discovery. But there is much more to this story than mere science. I expect 2015 will be the year when general consensus, built upon our new knowledge of these two objects, will return Pluto and add Ceres to our family of solar system planets.

The efforts of a very small clique of Pluto-haters within the International Astronomical Union (IAU) “plutoed” Pluto in 2006. Of the approximately 10,000 internationally registered members of the IAU in 2006, only 237 voted in favor of the resolution redefining Pluto as a “dwarf planet” while 157 voted against; the other 9,500 members were not present at the closing session of the IAU General Assembly in Prague at which the vote to demote Pluto was taken. Yet Pluto’s official planetary status was snatched away.

Some planetary astronomers would argue that were the Earth placed in the Kuiper Belt, it would not be able to clear its neighborhood and thus would not be considered, by the IAU definition, a planet; apparently location matters. Here a planet, there not a planet. I’d argue that location shouldn’t matter; instead, the intrinsic properties of the objects themselves should matter more. And so we are led back to Ceres and Pluto.

Never before visited by human spacecraft, Ceres and Pluto, as we will soon bear witness, are both evolving, changing worlds. Yesterday, Ceres and Pluto were strangers, distant, barely known runt members of our solar system. By the end of this calendar year, however, we will have showered both objects with our passion and our attention, we will have welcomed them both into our embrace. And we almost certainly will once again call both of them planets.

Ceres was discovered on New Year’s Day in 1801, by Italian astronomer Giuseppe Piazzi, a member of an international team of astronomers dubbed the Celestial Police, who were searching for a supposedly missing planet in between the orbits of Mars and Jupiter. When discovered, Ceres was immediately recognized as a planet, the eighth one known at the time (neither Neptune nor Pluto had been discovered yet).

But within a few years, other objects in the asteroid belt were discovered and Ceres no longer seemed to stand out as far from the crowd. In 1802, the great astronomer William Herschel suggested that Ceres and Pallas and any other smaller solar system objects should be called asteroids—meaning star-like. In telescope images, they were so tiny that they looked point-like, like stars, rather than disk-like, like planets. And so, more than a century before Pluto was discovered, Ceres was “plutoed.”

But Ceres does still stand out. It’s the largest asteroid, by far, nearly 1,000 kilometers across (twice as large in diameter as Vesta, the second largest asteroid), though not perfectly spherical in shape.

As happened inside Earth and other planets, planetary scientists think that long ago, the denser material in Ceres separated from the lighter material and sank to form a core.

Astronomers think Ceres is rich in water—as much as one-third of Ceres might be water—and may have a thin atmosphere. Bright, white spots on its surface might even be large frozen lakes. Ceres may, in fact, have as much fresh water as Earth, have Earth-like polar caps, and might even have a sub-surface liquid ocean layer, like Jupiter’s moon Europa and Saturn’s moon Enceladus.

Beginning this month, we’ll start to learn more about these tantalizing possibilities. With our increasing knowledge of and familiarity with Ceres, we will no longer be able to identify meaningful criteria that will allow us to continue to classify Ceres as not-a-planet. Ceres will continue to be a small planet, but in 2015 we will come to understand that dwarf planets are planets, too.

When Pluto was discovered by Clyde Tombaugh in 1930, many astronomers were certain that a large planet orbited the Sun beyond Neptune. Instead they found Pluto, which turned out to be small compared to Earth and Neptune, though more than double the size of Ceres, with a diameter of 2,300 kilometers.

Pluto also has an unusual orbit, as it crosses Neptune’s orbit, though it does so in such a way that it can never collide with Neptune.

Pluto’s modern-day troubles began in 1992, when astronomers David Jewitt and Jane Luu discovered the first objects in the region of the solar system now known as the Kuiper Belt. Whereas the asteroid belt where Ceres resides is made mostly of house- and mountain-sized rocks that orbit the sun in between the orbits of Mars and Jupiter, the Kuiper Belt is made mostly of house- and mountain-sized chunks of ice that orbit the sun beyond the orbit of Neptune. Pluto, as it turns out, is one of the biggest objects in the Kuiper Belt.

So what is Pluto?

Pluto is the last unexplored planet in our solar system. And the Kuiper Belt may contain hundreds of other planetary worlds like Pluto. These may be the most numerous worlds in the solar system; they may contain, together, the most total surface area of all the solid-surfaced planets.

Pluto has one large moon, Charon, and at least four small moons: Nix, Hydra, Kerberos and Styx. It has an atmosphere that expands and contracts as Pluto warms and cools during its 248-year orbit around the sun. The surface is likely rich in water ice, enriched with methane and nitrogen and carbon monoxide frosts; these ices might contain complex organic molecules.

Pluto has guarded its secrets for 4.5 billion years. But in a few months, a few intrepid humans will pull back the curtain on Pluto and say “Hello, Pluto, we’re here.” And Pluto will begin to share its secrets with us. When it does, as with Ceres, our familiarity with Pluto will help us recognize that Pluto is, was, and has always been a planet, albeit a small one.

We only get to visit Ceres and Pluto for the very first time, once. This year. March 6 and July 15. In your lifetime. In this incredible year of the dwarf planet. Get ready to party. Ceres and Pluto are coming home.

David A. Weintraub is a professor of astronomy at Vanderbilt University. This article was previously published on TheConversation.com.