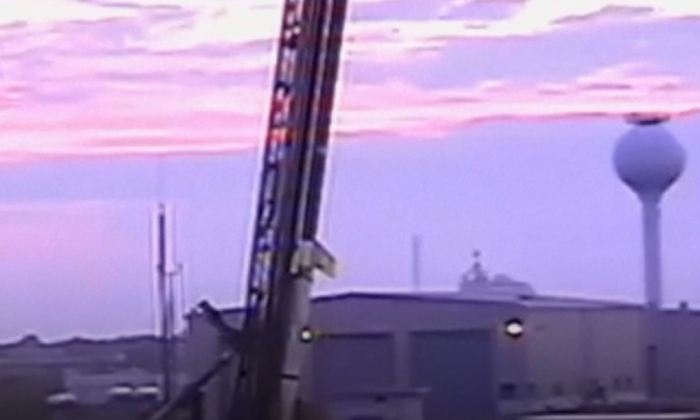 At 5:30 a.m. EDT, a 36-foot rocket with a 667-pound payload carrying experiments by middle school to college students and instructors launched at Wallops Flight Facility in Virginia on Thursday, June 22.

NASA’s Terrier-Improved Orion suborbital rocket was set to fly to nearly 73 miles altitude before parachuting into the Atlantic Ocean where it will be recovered by boat. The experiments were scheduled to be returned to the students and educators for analysis later in the day.

On board the rocket were 23 experiments that measured acceleration, humidity, pressure, temperature, and radiation from the RockOn program, an annual, non age-specific workshop sponsored by NASA, the Virginia and Colorado grant space consortiums, and the Wallops Flight Facility. The RockSat-C program for students from across the country, sponsored by the same organizations, had nine experiments on board, as well as 80 small cubes with experiments developed by middle school students in 49 states as part of the Cubes in Space program, a partnership between idoodlelearning inc. and the Colorado Space Grant Consortium.

The launch was the culmination of Rocket Week at the Wallops Flight Facility, where some 150 university, community college, and high school students and educators learned about rocket science.

“We look forward each year to Rocket Week and the students and educators who come to Wallops with an enthusiasm to learn the skills to advance their careers and instruction to advance those of younger students,” said Joyce Winterton, Wallops senior adviser for education and leadership development, in a press release.