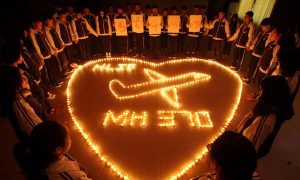 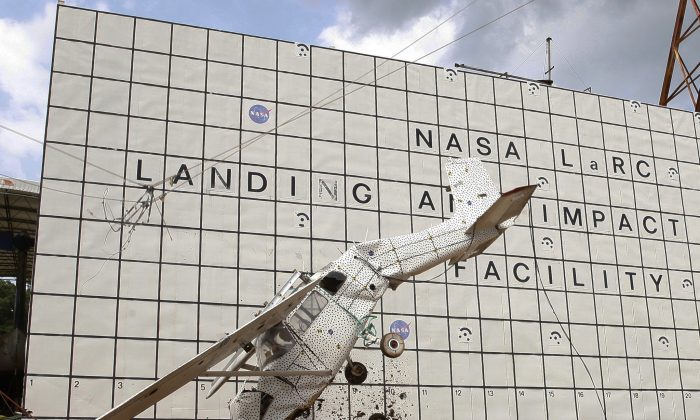 A drop test of the Cessna aircraft (NASA).
Tech

What happens if a recreational pilot crashes in the middle of a forest and is left unconscious and trapped in the plane? It’s rare for drivers to go down a path where no one could pass by for days, but for pilots flying over rural areas is more likely than not.

Fortunately, most airplanes are required by federal law to carry emergency location transmitters (ELT) that send distress signals to satellites when the plane crashes.

However, ELTs frequently malfunction. To try to better find out why, NASA is crash-testing 3 Cessna 172 airplanes over the summer. The planes were built in the 1950s. The Cessna was chosen because it’s the all-time most common plane used in general aviation (the term for civil, noncommercial aviation). NASA plans to analyze the data from these test-crashes to learn how to build more reliable ELTs.

In the second test, researchers hoisted the plane more than 100 feet into the air by cables, then let it crash into the ground at a speed of 72 feet per second. Data from the crash was collected by 40 cameras inside and outside the plane, which was covered with hundreds of tiny black dots to make it easier to track how the plane was affected by the crash.

The first test was conducted on July 1, with the plane crashing on a concrete surface. Only one of the transmitters sent a signal within the first 50 seconds after the crash. The three others sent their signals a little later.

The second test, conducted July 29, used a dirt crash-surface instead of a concrete one. Instead of skidding along the surface as happened in the previous test, the plane took a nose-dive into the dirt and crumpled up like a beer can.

“This was clearly more severe than the first test,” Chad Stimson, a manager on the project, said in a statement. “No one would have walked away from this. They might be alive, but they’d need help right away. In that sense, it’s the perfect search and rescue case.”

All nonmilitary airplanes in the United States are required to have ELTs installed as a result of a 1973 law, passed after two U.S. congressmen died in a crash while flying over a remote region in Alaska.

ELTs were mostly unreliable when they were widely introduced in 1973, having a success rate of only 25 percent. Things have improved since, and a 2009 report found that newer ELTs work 82 percent of the time.

Still, ELTs often fail, and spectacularly. For days after the disappearance of Malaysian Flight 370, many clung to the hope that the plane had not crashed after all, pointing to the disquieting fact that no signal from its emergency beacons had ever been received by satellites.

The aircraft was equipped with four ELTs that should have sent distress signals upon impact. Even if the plane had been hijacked, ELTs aren’t controlled by the crew and so should have gone off.

One theory is that the plane sunk into the water in less than 50 seconds, where ELTs can’t function properly. Another is that the ELTs themselves simply broke when the plane crashed.