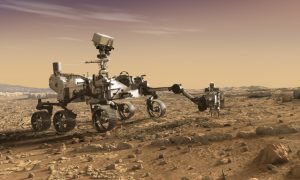 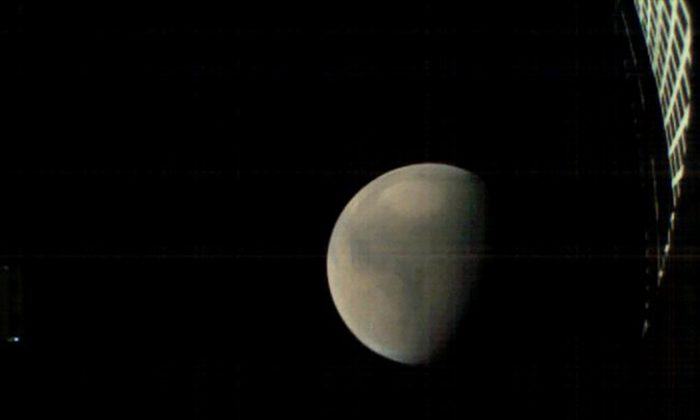 Jim Bridenstine was a guest on the science and technology radio show "Science Friday," when he teased that a woman is "likely to be" the first person on Mars. (NASA/JPL-Cal Tech)
Space

Forget everything you’ve learned about men and Mars.

Chances are the first person to land on the red planet will be a woman, the head of NASA said recently.

Jim Bridenstine was a guest on the science and technology radio show “Science Friday,” when he teased that a woman is “likely to be” the first person on Mars.

With Every First in Space, New Dreams Are Launched https://t.co/NUuYM6efB0 What made the astronaut class of 1978 so special! pic.twitter.com/78zntOPQsl

The NASA administrator did not identify a specific person but said women are at the forefront of the agency’s upcoming plans.

Bridenstine responded “absolutely” to a question from a Twitter user who asked whether women will be included in the agency’s next trip to the moon.

In fact, he said the next person on the moon is also likely to be a woman.

“These are great days,” he said.

NASA will also have its first all-female spacewalk at the end of the month when astronauts Anne McClain and Christina Koch will get to float around in space.

The spacewalk will last about seven hours, according to the NASA website. It’s being carried out to replace batteries on the outside of the International Space Station.

Back on earth, the two women astronauts will be guided by flight director Mary Lawrence and flight controllers Kristen Facciol and Jackie Kagey, reported CNBC.

Gwynne Shotwell, the president and COO of SpaceX in an interview with CNBC last year had wished to inspire more women to join space companies.

“I think it’s important to be as public as I can afford to be and to hopefully inspire women to join me in this incredible field,” Shotwell had told CNBC.

I just found out that I’ll be on console providing support for the FIRST ALL FEMALE SPACEWALK with @AstroAnnimal and @Astro_Christina and I can not contain my excitement!!!! #WomenInSTEM #WomenInEngineering #WomenInSpace

“Today was the fulfillment of a personal lifelong ambition,” Moses told CNBC. “But more so, it was the start of something great for all of humanity–ourselves and other commercial companies, we are aiming to take people off the planet.”