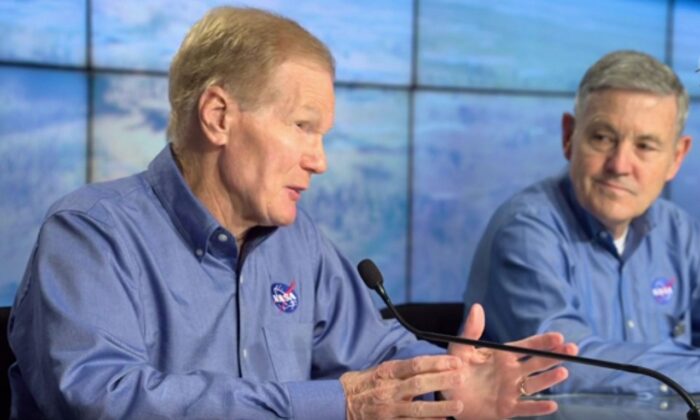 NASA Administrator Bill Nelson (L) speaks during a media briefing ahead of the SpaceX's Crew-4 launch in Cape Canaveral, Fla., on April 26, 2022. (NASA/Screenshot via The Epoch Times)
Space

Nelson held a media briefing ahead of the Crew-4 launch.