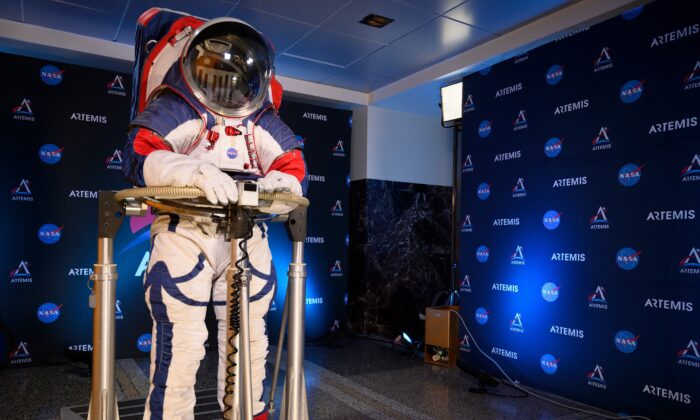 A space suit is seen during a press conference displaying the next generation of space suits as parts of the Artemis program in Washington, on Oct. 15, 2019. (Andrew Caballero-Reynolds/AFP via Getty Images)
Space

NASA Awards SpaceX, Blue Origin, and 3 Other Companies $146 Million in Contracts to Go to the Moon

The National Aeronautics and Space Administration, better known as NASA, announced this week the award of five contracts for $146 million to U.S. companies, including Elon Musk’s SpaceX and Jeff Bezos’ Blue Origin, to design lunar landers.

As reported by Forbes, these private companies will work over the next 15 months on various projects for the development of the Artemis program to ensure the return of humanity to the moon in 2024.

Contracts are well distributed, according to the statement from NASA:

The idea is that the five companies develop sustainable models of landing modules to regularly transport astronauts to the moon. Much of what is designed for Earth’s satellite will apply to future missions to Mars.

Last April, NASA awarded SpaceX a contract for $2.89 billion to fly astronauts to the moon, a decision that has been questioned and debated by Blue Origin, who also competed for that contract.