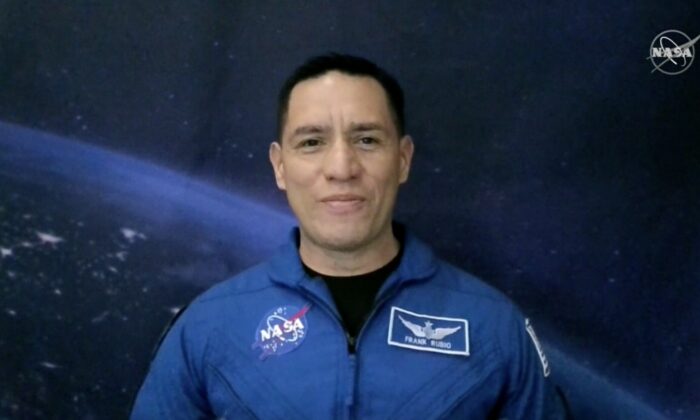 U.S. astronaut Frank Rubio will launch to the space station from Kazakhstan with two Russians in September.

That same month, Russian cosmonaut, Anna Kikina, will join two Americans and one Japanese aboard a SpaceX rocket flying from Florida. Another crew swap will occur next spring.

This will be Rubio’s first spaceflight since becoming an astronaut in 2017.

The Miami, Florida, native graduated from the U.S. Military Academy and earned a doctor of medicine degree from the Uniformed Services University of the Health Sciences in Bethesda, Maryland.

Prior to attending medical school, he served as a UH-60 Blackhawk helicopter pilot and flew more than 1,100 hours, including more than 600 hours of combat time during deployments to Bosnia, Afghanistan, and Iraq.

Rubio is a board-certified family physician and flight surgeon.

Russian cosmonauts rode to the space station on NASA’s shuttles back in the early 2000s.

Before that, during the 1990s, astronauts and cosmonauts took turns flying on each other’s spacecraft to and from Russia’s Mir station.

Rubio, along with Roscosmos cosmonauts Sergey Prokopyev and Dmitri Petelin, is scheduled to launch to the space station Wednesday, Sept. 21, aboard the Soyuz MS-22 spacecraft from the Baikonur Cosmodrome in Kazakhstan.