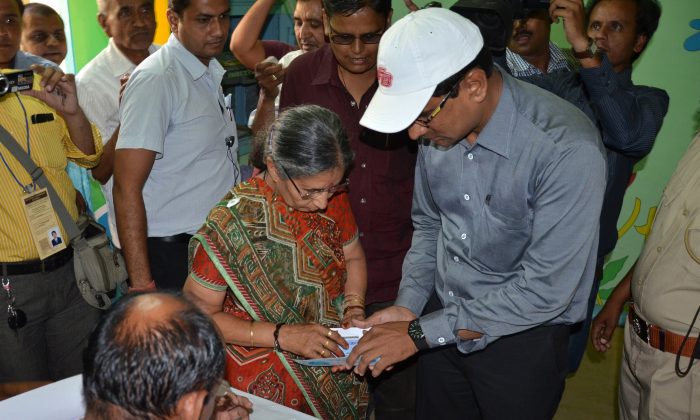 Narendra Modi’s wife Jashodaben Modi has been given police protection around the clock but she doesn’t require the SPG, officials said.

A retired teacher, she taught grades first through fifth, and all subjects. Nowadays she begins her day around 4 a.m. with prayer and spends a lot of time in prayer.

A senior official of the state home department told the Hindustan Times that the agency carried out an assessment of Jashodaben’s security requirement and have provided four unarmed policemen and one armed constable at her house.

“The policemen will remain deployed round the clock in shift,” the official said.

“As wife of the Prime Minister, she is entitled for the security cover of the SPG but she does not require heavy security cover as the threat perception is nil.”

Jashodaben had previously expressed hope that Narendra might invite her to live with him after their years of separation but it appears that that hasn’t happened as of yet.

Narendra, the former chief minister of Gujarat, was elected the prime minister of India in May.