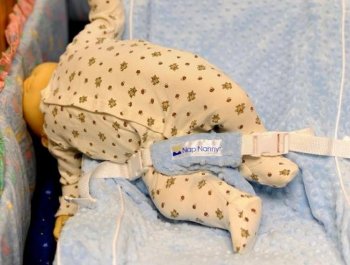 A 4-month-old girl from Royal Oak, Mich., died in a Nap Nanny that was put in a crib. In her harness, she was found hanging over the side of Nap Nanny, caught between the recliner and the crib bumper, according to preliminary reports from CPSC.

“Likewise, if the Nap Nanny is placed on a table, countertop, or other elevated surface and a child falls over the side, it poses a risk of serious head injury. Consumers should always use the Nap Nanny on the floor away from any other products.”

Altogether, CPSC and the firm have received 22 incident reports related to the infants in Nap Nannies. Most of them were under 5-months-old.

The recliner has been marketed to improve sleep, comfort, and medical conditions, including flu.