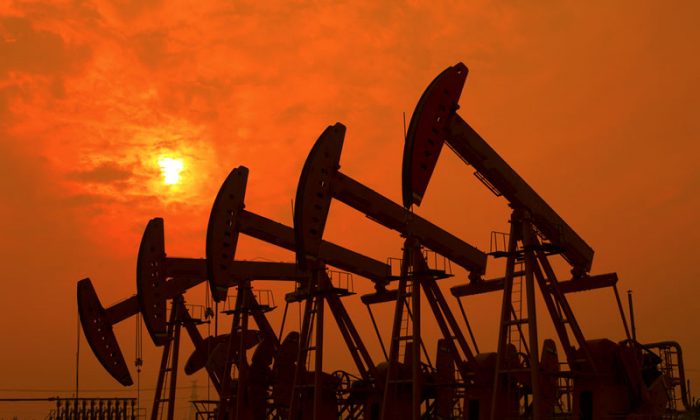 A new type of nanoscale detector checks for and reports on the presence of hydrogen sulfide in crude oil and natural gas while they're still in the ground. (Shutterstock*)
Science

Chemists have created nanoparticles that can sample crude oil and natural gas for hydrogen sulfide before pumping.

Crude oil and natural gas inherently contain hydrogen sulfide, which gives off a “rotten egg” smell. Even a 1 percent trace of sulfur turns oil into what’s known as “sour crude,” which is toxic and corrodes pipelines and transportation vessels, says James Tour, a chemist at Rice University.

The extra steps required to turn the sour into “sweet” crude are costly.

“So it’s important to know the content of what you’re pumping out of the ground, and the earlier the better,” Tour adds.

Check Before You Pump

Tour and colleagues have been developing techniques to use nanoreporters—which are based on nanometer-sized carbon material—to gather intel from oil fields. When the newly modified nanoreporters are exposed to hydrogen sulfide, the particles’ fluorescent properties immediately change.

When pumped out of a production well, the particles can be analyzed with a spectrometer to determine the level of contamination.

“This paper is a big step because we’re making our nanoreporters detect something that’s not oil,” says Michael Wong, suggesting the possibility that nanoparticles may someday be able to capture sulfur compounds before they can be pumped to the surface.

“Even if that’s not cost-effective, just having information about the sulfur content may be enough to tell a company, ‘Let’s cap this well and move on to a cleaner site,’” adds Wong, a chemistry professor and one of the coauthors of the paper published in the journal ACS Applied Materials and Interfaces.

Modifying the particles with common polyvinyl alcohol (PVA) was the key to making the nanoreporters stable in temperatures as high as 100 degrees Celsius (212 degrees Fahrenheit). Testing in beds of sandstone or with actual Kuwaiti dolomite, to mimic oilfield environments, helped the team perfect the size and formula for nanoreporters that are most likely to survive a trip through the depths and return with data.

“We found the longer the PVA polymer chains, the more stable the nanoparticles were in the high temperatures they’re subjected to,” says Rice graduate student Chih-Chau Hwang, co-lead author of the paper with fellow graduate student Gedeng Ruan.

“The method of detection is so sensitive that large amounts of nanoreporters need not be pumped downhole,” Tour adds. “This is enormously important for workers in the field to know for aspects of safety, lifetime of equipment, and value of the afforded oil.”

*Image of “oil pumps” via Shutterstock