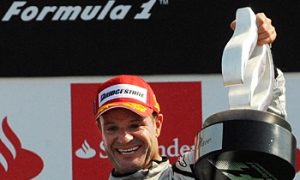 Nanomissiles to Launch Nanosatellites Being Developed by U.S. Army

The U.S. Army is developing a way to launch nanosatellites into orbit using nanomissiles. The nanosatellites use miniaturized technology that gives them most of the capabilities of their full-sized counterparts.

The low-cost system has a multi-booster configuration which allows it to be tailored to different missions, according to a report from the USASMDC and the Army Forces Strategic Command (ARSTRAT). They can also be programmed for launch within 24 hours.

"One of the reasons we like satellites of this class is we can afford to put a lot of them up there to where the entire constellation is still relatively inexpensive,” London said. “If one satellite up there fails, and I need to replace it with a $300,000 satellite in a very specific orbit, and the lowest cost launch vehicle out there is at least 30 to 50 times the cost of that spacecraft, that won't work."

According to the USASMDC report, the MNMS is able to keep costs low through a simple design. It has a tank-booster-engine design, uses a bi-propellant liquid engine, and uses current launch hardware.

The MNMS needed a dedicated missile that could boost it into orbit. When the project began, all of the military's missiles and rockets were designed as weapons.

The developers contracted Colsa Corp. and Dynetics Corp. in 2008 to develop the core booster, according to space.com. The project has cost $7 million to date, and needs an estimated $17 million more to be completed.