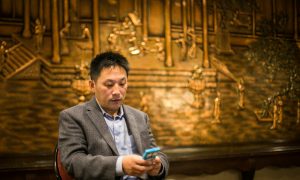 Chinese Dissent in an Age of Social Media
0 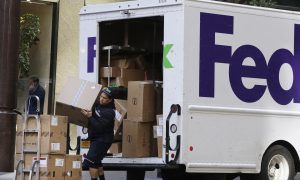 Arizona Police: No Arrests in Theft of FedEx Delivery Truck
0 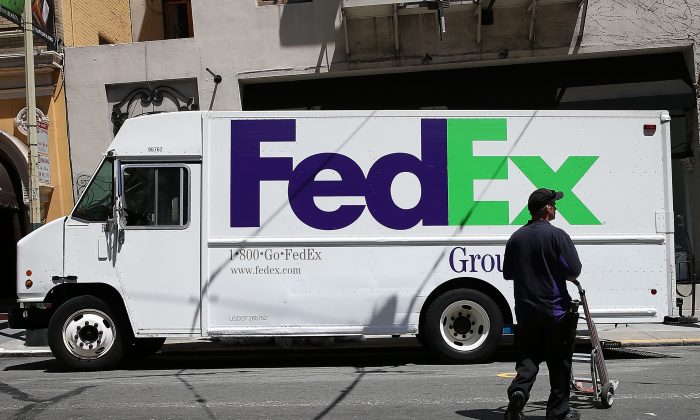 The truck drops off presents, and sometimes thieves pick them up—but not this time. (Justin Sullivan/Getty Images)
Crime and Incidents

An Everett, Washington, nanny saw the parcel service truck drop off a load of packages at her employer’s home.

A few minutes later, she saw a strange car drive up and stop, depositing an unknown woman. The woman proceeded to collect some of the parcels and headed back toward the car.

Kate Anderson, the nanny, watched the delivery and watched the thief try to steal them. That was more than she could stand.

“I saw her bending and picking it up, and they get a lot of packages. And knew I was like, ‘Oh my gosh, she’s taking that.’ And so I just took off after her, to be honest,” Anderson told KIRO news.

As the package thief unloaded her stolen package, Anderson came rushing out of the house. The driver of the car panicked and pulled away with the thief only half in the car.

The would-be gift-stealer fell to the ground, uninjured but with no way to make her getaway. The thief got up, stumbled, and then tried to run, but before she could take two steps, Kate Anderson was on her.

The whole episode was captured by the home’s security camera, which is hidden in the doorbell.

The next scene the camera shows is Anderson holding the thief by the scruff of the neck, dragging her back to the house.

“Call the police, she just stole something from my house!” Anderson shouted at a passerby.

After about eight minutes, Snohomish County sheriff’s deputies rolled up and arrested the thwarted thief on outstanding warrants.

It turns out the thief, Rhieanna Schindler, is well known to law enforcement in the area. The 29-year-old Everett woman has outstanding warrants for drug possession and theft and has been arrested more than 20 times, since 2010.

The homeowner, Tanya Smith, said she was very pleased but not surprised at Kate’s actions. “It’s pretty amazing what she did, I’m very proud of her, and I’m not surprised,” Tanya said, according to KIRO. “She’s amazing and doesn’t take any crap from anybody.”

To demonstrate her gratitude, Smith took Anderson out for dinner.

Kate Anderson said the incident left her shaken, but she wouldn’t hesitate to do it again.

“I didn’t ever feel like she was a threat to me. So I think I would’ve handled it the same way, yes, because it’s just not OK to go around doing that. It’s so not OK with me,” she said.

The sheriff’s department said it does not recommend citizens taking matters into their own hands—but if Kate Anderson should want to leave the nanny business, they are hiring.

What do you think of Kate Anderson’s heroic actions? Post your comments below.