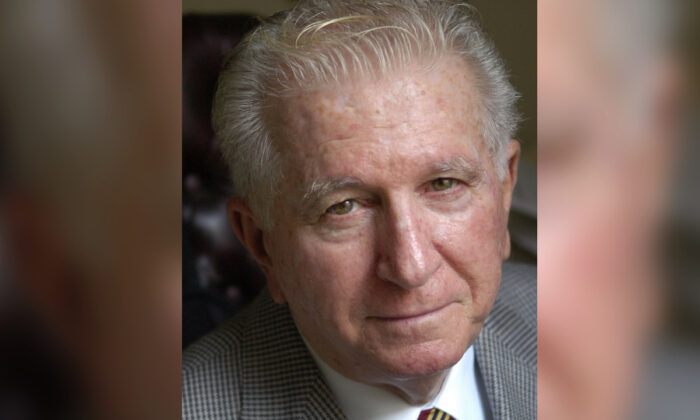 The brother of House Speaker Nancy Pelosi (D-Calif.) died, her office said in a statement on Sunday as a report said his cause of death was due to complications from a stroke.

“My husband Paul and our entire family are devastated by the loss of our patriarch, my beloved brother, Thomas D’Alesandro III,” Pelosi said Sunday. “Tommy was the finest public servant I have ever known.”

The Baltimore Sun broke the news about his death, saying that he died due to complications of a stroke.

Pelosi, 79, added: “His life and leadership were a tribute to the Catholic values with which we were raised: faith, family, patriotism. He profoundly believed, as did our parents, that public service was a noble calling and that we all had a responsibility to help others.”

She also said that D’Alesandro, known as “Young Tommy,” was a dedicated public servant to the city of Baltimore.

“Tommy was a leader of dignity, compassion and extraordinary courage, whose presence radiated hope upon our city during times of struggle and conflict,” Pelosi said.

According to the Sun, D’Alesandro was Baltimore’s mayor between 1967 and 1971 for “one tumultuous term,” as the city was plagued by riots, “racial strife,” and a number of strikes.

Pelosi’s father, Thomas D’Alesandro Jr., was also the mayor of Baltimore before that.

His son, Nick D’Alesandro, said that he was a charitable person.

“I was consistently astonished by his incredible generosity,” Nick D’Alesandro told the news outlet. “I can’t recall how many times he foot the bill during get-togethers with other people.”

Pelosi concluded her statement saying that he is survived by a number of family members.

“All who were blessed to know and to love Tommy mourn with his wife Margaret, his children Thomas, Dominic, Nicholas, Patricia and Gregory, and his grandchildren whom he adored, and are praying for them at this sad time,” she said.

His death comes as Pelosi was visiting Jordan to meet with officials on the crisis unfolding in Syria.