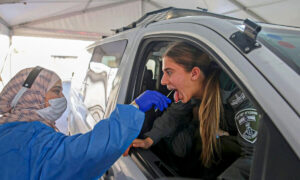 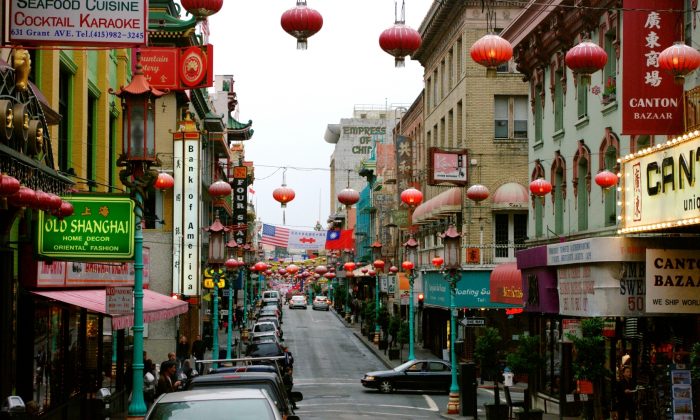 SAN FRANCISCO—As the $1.6 billion Central Subway project approaches completion, San Francisco authorities face the controversial decision of whether to name the subway’s Chinatown station after the founding father of Taiwan, or after a political power broker with deep ties to communist China.

To many Chinese-Americans who have both Chinese and American cultural heritages, Sun Yat-Sen, the founding father of the Republic of China (also known as Taiwan), is a perfect figure to represent their cultural backgrounds.

In 1912, Sun established the Republic of China in mainland China, as the first democratic nation in Asia. His ideas for the new nation were based on the combined principles of the American founding fathers and Confucianism.

After the Kuomintang Party, which Sun founded, was defeated by the communists in 1949, the Republic of China under the Kuomintang’s leadership assumed the governance of Taiwan.

Thanh is the one who initiated the effort to name the Chinatown station after Sun.

Many Chinese-Americans feel that Sun’s ideas not only represent their heritage, but also reflect the values they live by in daily life.

According to Thanh, naming the station after Sun would be a great way to pay tribute to the work of Chinese immigrants in building the U.S. transcontinental railroad system.

In the late 1800s, Chinese immigrants provided the main labor force for the transcontinental railroad system. Sun, who overthrew China’s last imperial dynasty by building his revolutionary army through overseas fundraising efforts, came to San Francisco several times to raise financial support for his army in the late 1800s and early 1900s.

Xin Haonian, a well-known Chinese historian who specializes in Sun’s revolutionary efforts, told The Epoch Times that most of the donors who gave support to Sun were Chinese immigrants with lower incomes, while many rich Chinese immigrants at the time had business ties to China’s last dynasty, the Qing Dynasty, and gave their support to it.

Xin’s description of the political landscape of San Francisco Chinatown in the early 1900s, to a certain extent, reflects what is happening today in Chinatown related to China.

Until a few years into the 2000s, most buildings in Chinatown had Taiwanese flags, reflecting their political ties with democratic Taiwan. However, along with China’s economic growth, Chinatown has increasingly developed ties between the local businesses and China.

As a result, fewer Taiwanese flags can be seen in Chinatown, while more flags of communist China have gone up.

Local Chinese media also are under the influence of China.

The Hoover Institution recently published a report summarizing China’s penetration into U.S. media. The report, titled “Chinese Influence and American Interests,” states that the majority of the local Chinese-language media have built ties with China or softened their stance on China in recent years.

The 200-page Hoover report stated in its afterword: “Once largely a form of economic competition, China’s recent turn to military and political rivalry with the United States has changed the whole equation of the bilateral relationship.”

The San Francisco Board of Supervisors wants to name the Chinatown station after the late Rose Pak, who was infamous for helping spread China’s communist propaganda in San Francisco.

Pak often was referred to by local media as Chinatown’s political power broker. She was an executive director of the China Overseas Exchange Association, an organization overseen by the Overseas Chinese Affairs Office of the State Council of China.

In 2008, prior to the Beijing Olympics, Pak openly opposed a resolution of the San Francisco Board of Supervisors that criticized China for the Tiananmen Square massacre and its repression of the press and religious groups.

Pak, while calling communist China a “sleeping giant,” criticized the United States by saying, “On what moral ground does a country that’s been involved in the slave trade in Africa and that drummed up false charges to invade Iraq shake its finger and lecture China?”

Pak was widely considered the de facto leader of the Chinese Chamber of Commerce. Starting in 2004, she banned Falun Gong practitioners from participating in the city’s annual Chinese New Year parade, which is the largest of its kind outside of Asia.

Falun Gong is a spiritual discipline that is practiced by people in more than 80 countries, but is persecuted in China, its home country. It involves doing five slow-moving exercises and following the principles of truthfulness, compassion, and tolerance in daily life.

Before the Chinese regime began to persecute Falun Gong in 1999, the regime’s statistics showed that close to 100 million Chinese people had taken up the practice.

According to a news report by the newspaper Sing Tao Daily, when San Francisco Mayor Willie Brown visited Beijing in November 2001, Chinese communist leader Jiang Zemin praised Pak’s efforts to oppose a resolution by the San Francisco Board of Supervisors to support the human rights of Falun Gong practitioners.

After many years of promoting Beijing’s overseas propaganda agenda, Pak was invited to participate in the Chinese People’s Political Consultative Conference National Committee’s meeting in Beijing in March 2014.

After Pak died in September 2016, a report by Politico revealed that among U.S. intelligence officials, “there were widespread concerns that Pak had been co-opted by Chinese intelligence.”

As the Central Subway’s completion approaches, rumors have been going around in the city that the SFMTA will reconsider the supervisors’ resolution or possibly name a portion of the station after Pak.

San Francisco, the most liberal city in the United States with a significant Chinese population, is at the forefront of adjusting to the changing relations between the United States and China. How the city names the Chinatown subway station may reflect which direction the city will take regarding the two countries.