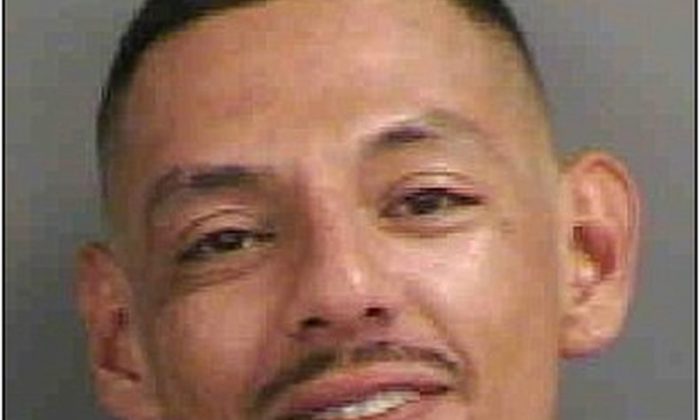 A Florida man was charged with a DUI after he allegedly drove 110 mph without clothes on in the middle of the afternoon.

Noe Dejesus, 33, was pulled over on Saturday at around 3 p.m. ET after the Florida Highway Patrol started getting calls of a Cadillac car driving recklessly toward Naples in Collier County.

Dejesus, who was with three female passengers, smelled of alcohol, had bloodshot eyes, and was slurring his speech, reported the Naples Daily News.

When the trooper stopped the vehicle, he noticed the man had no shirt on with an open 12-pack of Corona beer.

After he asked him to step out of the vehicle, he noticed the man was wearing nothing. Dejesus stumbled and nearly fell to the ground, the Daily News reported.

Officers found a number of empty or nearly empty bottles of beer along with an empty bottle of Crown Royal whiskey.

FOX-13 reported that he was released Sunday after posting $6,000 in bond. He faces a DUI charge and a charge of driving without a license.

According to the station, his arrest records show he has a history of drug, theft, and gun arrests.

Dejesus’ story went viral on Facebook on Monday night, with a number of people commenting on his arrest.

“I am very sure that this is sort of thing that YOLO was really invented for,” one person wrote.