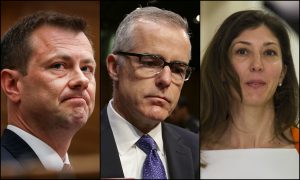 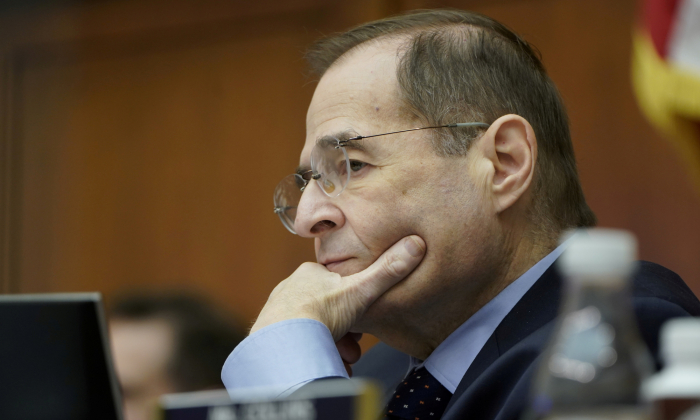 One of the loudest voices to push for the release of the full report by special counsel Robert Mueller did the exact opposite when Congress received the special counsel report by Kenneth Starr, according to a decades-old interview, which resurfaced on April 2.

Rep. Jerrold Nadler (D-N.Y.) told Charlie Rose in 1998 that Starr’s report included grand jury testimony, which cannot be made public unless overridden by the House of Representatives. Nadler is also one of the leading proponents pushing for the full release of Mueller’s report, which likewise includes grand jury material.

“It’s grand jury material. It represents statements that may or may not be true by various witnesses, salacious material, all kinds of material that it would be unfair to release,” Nadler said in 1998.

Nadler went on to explain that members of the House would need to review the report “to determine what is fit for release and what … as a matter of decency and protecting people’s privacy rights … must not be released at all.”

Nadler is taking a completely different approach to the Mueller report, going as far as penning a New York Times op-ed demanding the full release of the report and the underlying documents.

“We require the full report—the special counsel’s words, not the attorney general’s summary or a redacted version,” he added.

Nadler was one of six committee chairmen who wrote a letter to Attorney General William Barr and set an arbitrary April 2 deadline for the release of the report. Barr has said that he plans to release the report by mid-April or sooner. The House Judiciary Committee, which Nadler chairs, will vote on April 3 on whether to issue subpoenas to obtain the full report.

Lawmakers will also consider subpoenas for underlying evidence from Mueller’s investigation and from five former aides to Trump, including White House counsel Donald McGahn and political adviser Steve Bannon. The committee said on April 1 that it may have documents related to the Mueller probe.

Barr issued a summary of the special counsel report in late March, outlining the findings of Mueller’s investigation.

Barr wrote that the special counsel didn’t find evidence of collusion between the Trump campaign and Russia. Barr also reviewed Mueller’s arguments for and against bringing an obstruction of justice charge against Trump and concluded that there wasn’t enough evidence to bring a case.

Nadler’s committee will vote on a resolution to allow him to issue subpoenas at his own discretion.

Trump has said he would approve of the full report being released to the public but noted that Democrats would not be satisfied.

“We know by the actions that we’ve seen from Nadler and Democrats in Congress is that the president is right, they will never be satisfied,” said White House press secretary Sarah Sanders, adding that the Democrats are “sore losers.”