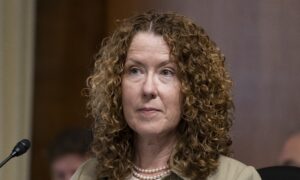 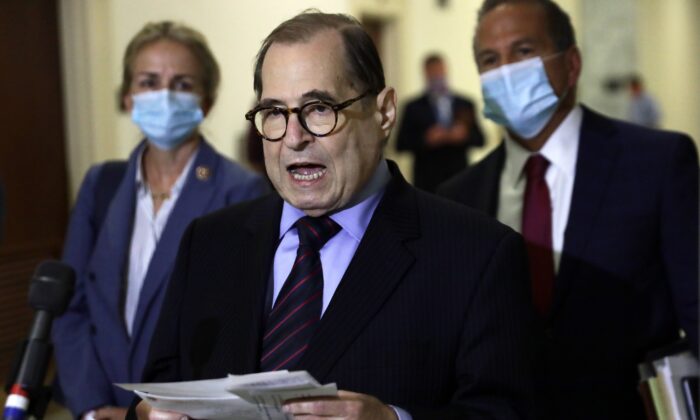 House Judiciary Committee chairman Jerrold Nadler (D-N.Y.) said Monday that the panel will launch an investigation into the Department of Justice’s (DOJ) use of secret subpoenas to obtain data on members of Congress and journalists under the Trump administration.

Nadler said in a June 14 statement that, “recent reports suggest that, during the Trump Administration, the Department of Justice used criminal investigations as a pretext to spy on President Trump’s perceived political enemies.”

Announcement of the probe comes after The New York Times reported last week that DOJ officials had issued subpoenas to Apple for information on accounts belonging to House Intelligence Committee Chairman Adam Schiff (D-Calif.) and Rep. Eric Swalwell (D-Calif.), along with their aides and family members, in a bid to identify sources of classified information leaks. The data handed over by Apple, as well as other evidence, did not establish any links between these individuals and the leaks, according to the report.

Former Trump-era attorneys general Jeff Sessions and William Barr, as well as former Deputy Attorney General Rod Rosenstein, have denied knowledge of the DOJ subpoenas, according to The Hill.

Earlier, The New York Times reported on the existence of a gag order that prevented the publication from revealing a court battle over efforts to obtain the email records of four of its reporters. That disclosure was soon followed by the DOJ pledging to stop using court orders to obtain reporters’ records as part of leak probes, marking a policy shift away from an investigative tactic used across both Democrat and Republican administrations.

While Nadler acknowledged the possibility that the subpoenas were not part of a broader pattern, he called for lawmakers to pass laws that would make it harder to conduct surveillance on members of Congress and reporters.

“It remains possible that these cases—which now include Members of Congress, members of the press, and President Trump’s own White House Counsel—are isolated incidents,” Nadler said in the statement. “Even if these reports are completely unrelated, they raise serious constitutional and separation of power concerns. Congress must make it extraordinarily difficult, if not impossible, for the Department to spy on the Congress or the news media.”

In separate moves, the Senate Judiciary Committee on Monday launched a probe into the subpoenas, and on Friday, Inspector General Michael Horowitz said he had directed his office to launch a review into the matter and to determine whether decisions on subpoenas were driven by “improper considerations.” Also, Attorney General Merrick Garland said on Monday that the DOJ would be tightening its policies and procedures for obtaining records of U.S. lawmakers.