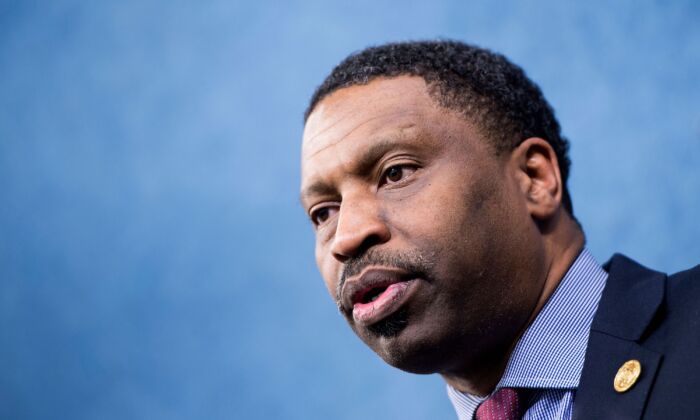 The president of the National Association for the Advancement of Colored People (NAACP) attacked the Biden administration’s proposed plan to relieve student loan borrowers, saying it does not do enough to address the outstanding $1.75 trillion in student loan debt nationwide.

President Joe Biden is poised to forgive $10,000 in student loan debt for 40 million student loan borrowers with yearly incomes of less than $125,000. The potential wide-scale student loan cancellation, which Biden promised during his presidential campaign, has put his administration under pressure with calls to wipe out more.

“If the rumors are true, we’ve got a problem. And tragically, we’ve experienced this so many times before,” NAACP President and CEO Derrick Johnson wrote in a Tuesday statement, accusing that the student debt could “left Black people, especially Black women, behind.”

“This is not how you treat Black voters who turned out in record numbers and provided 90 percent of their vote to once again save democracy in 2020,” he said, calling for “a minimum of $50,000” per borrower.

.@POTUS’s decision on student debt cannot become the latest example of a policy that has left Black people, especially Black women, behind. This is not how you treat Black voters who turned out in record numbers and provided 90% of their vote to once again save democracy in 2020.

Despite Biden ruling out a proposal by some congressional Democrats in April, Johnson urged the administration earlier this month to hand down a “meaningful cancellation” of no less than $50,000. The Mississippi activist claimed black borrowers—drowning in an average of $53,000 in student debt—are incapable to pay it back in what he called “today’s unjust economy.”

Sweeping student loan forgiveness, meanwhile, will likely anger those who saved for higher education or have already paid for much of their debt.

Republican senators have pushed for legislation aimed at barring Biden or the education secretary from canceling outstanding federal student loan balances without the approval of Congress. “Taxpayers and working families should not be responsible for continuing to bear the costs associated with this suspension of repayment,” Senate Minority Whip John Thune (R-S.D.) said in a statement.

Although some see a permanent cancelation of student loans as a way to improve everyday lives, former White House economic adviser Stephen Moore warned it would make the record-high inflation even worse.

“It’s not forgiveness … It’s shifting the burden from the people who borrowed the money to you and I and all the taxpayers,” Moore previously told NTD Business in a previous interview.

“And by the way, if they were to do this plan, would anybody ever in the rest of history pay their student loans when the government’s just going to forgive you for them? So we’re going to have problems in the short term and long term if we do this,” said Moore.

An analysis by the Federal Reserve Bank of New York states that Biden’s promise translates to the cancellation of $321 billion in federal student loans, the entire balance for 11.8 million borrowers.

This April, Biden extended the pause on federal student debt repayments for the sixth time in two years, which is set to expire at the end of August.

Prior to the initial outbreak of the COVID-19 pandemic, direct loan borrowers were roughly split in half between those making progress on their loans and those with increasing balances. Nearly all borrowers stopped making payments when the pause on repayments began in 2020, according to the Fed.