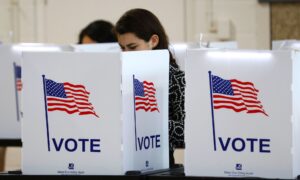 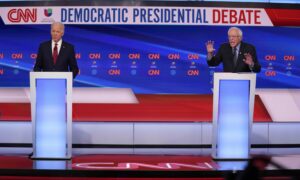 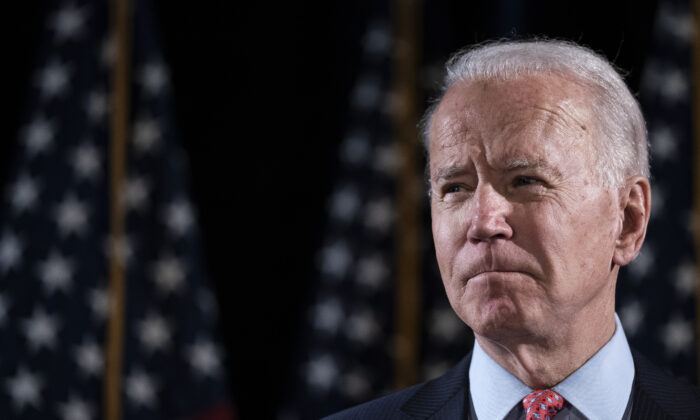 The National Association for the Advancement of Colored People (NAACP) rejected a claim by Joe Biden, the presumptive Democratic nominee for president, who said he’s been endorsed by the civil rights organization “every time I’ve run.”

In an interview on “The Breakfast Club” radio show on May 22, Biden promoted what he called a long career of defending civil rights.

“Take a look at my record, man! I extended the Voting Rights [Act] 25 years. I have a record that is second-to-none,” Biden said, adding, “The NAACP’s endorsed me every time I’ve run.”

Following Biden’s claim, Derrick Johnson, president and CEO of the NAACP, issued a statement denying that the organization had thrown its weight behind the former vice president.

“We want to clarify that the NAACP is a non-partisan organization and does not endorse candidates for political office at any level,” Johnson said, adding that anyone associated with the NAACP who endorses a candidate doesn’t speak on behalf of the organization.

“Persons affiliated with the NAACP at the national, state, and local levels are free to make candidate endorsements in a personal capacity, but they do not reflect support by the NAACP as an organization.”

Johnson also said that the sole objective of the organization is “fighting for and advancing our Black communities towards an equitable reality.”

During the same interview on “The Breakfast Club,” Biden made another statement that landed him in hot water when he said, “If you have a problem figuring out whether you’re for me or Trump, then you ain’t black.”

Biden later apologized for the remarks, calling them “really unfortunate” and saying he “shouldn’t have been such a wise guy.”

The 2020 presidential hopeful said during a phone call with the U.S. Black Chamber of Commerce on May 22 that perhaps he had been “much too cavalier.”

“I know that the comments have come off like I was taking the African American folks for granted … but nothing could be further from the truth,” Biden said.

“I’ve never ever done that, and I’ve earned it every time I’ve run,” he said, adding that he sees winning the African American voter demographic as crucial to his plans to claim the White House in November.

“I know in order to win the presidency, I need the African American vote,” Biden said.

“He truly believes that he, a 77-year-old white man, should dictate how Black people should behave,” Katrina Pierson, a senior adviser with the campaign, said in a statement.

Biden adviser Symone Sanders said in a tweet that the remarks were made in jest.

“He was making the distinction that he would put his record with the African American community up against Trump’s any day. Period,” she said.

“There is no place for a white man to define blackness in America,” Newsome said. “The tonality of Mr. Biden’s statement was condescending and insensitive.

“If he would have stated differently, we wouldn’t be having this conversation.”