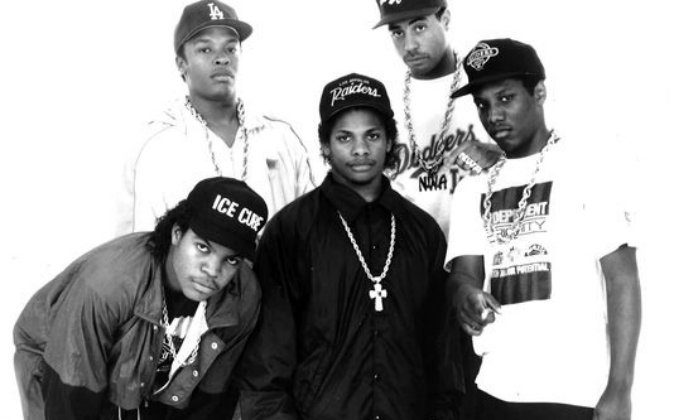 N.W.A. Will Be Inducted Into the Rock & Roll Hall of Fame Tonight, but Will Not Perform

N.W.A. is only the fifth hip-hop act ever voted to the Hall.

The honor comes after the release of the biopic “Straight Outta Compton,” which grossed more than $160 million at the box office.

It was “the thing that put us over the top,” Ice Cube said in response to a question during an interview with The New York Times on April 7.

The group, who released just two studio albums, in 1988 and 1991, has been considered for entry into the Rock Hall three times before.

In the interview, Ice Cube said he expects the whole group to show up for the ceremony—except Eazy-E, who died in 1995.

“I believe everybody’s going to be there. As it stands now,” Ice Cube said.

But the legendary hip-hop group, won’t be performing.

We’re totally honored, humbled, and appreciative to the Hall for even just considering us, inducting us and inviting us.
— Ice Cube

“Nah, we’re not performing. I guess we really didn’t feel like we were supported enough to do the best show we could put on,” Ice Cube said about the organizers. “We wanted to do it on a whole other level, and that just couldn’t happen.”

He continued, “But we’re totally honored, humbled, and appreciative to the Hall for even just considering us, inducting us and inviting us.”

N.W.A. is only the fifth hip-hop act ever voted to the Hall (after Grandmaster Flash and the Furious Five, Run-DMC, the Beastie Boys and Public Enemy),  told USA Today.

Though Ice Cube won’t be performing, he’s still “interested” in the genre, despite if he is not well familiar with it.

“I’ve been in hip-hop, R&B, soul and funk for so long, so it’s always cool to know why people love these groups. I don’t know what they sing, like they probably don’t know what I do.

Ice Cube Brings New Perspective on Oscars Boycott: ‘You Can’t Boycott Something That…’

“It’s a night of discovery,” he said.

N.W.A. will be inducted alongside Cheap Trick, Chicago, Steve Miller and Deep Purple.