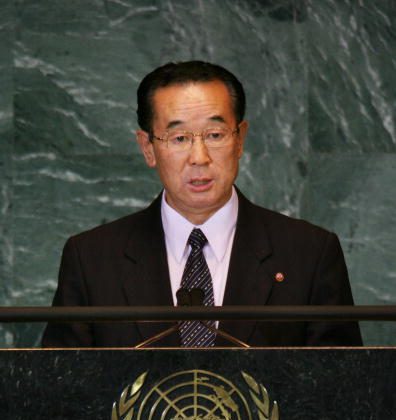 A North Korean diplomat has warned that a spark could ignite nuclear war on the Korean peninsula.
In a speech to a meeting of the UN General Assembly in New York, Pak Kil-yon, Pyongyang’s vice-foreign minster, blamed both the government of South Korea and the United States for fueling tensions.

“Today, due to the continued United States’ hostile policy towards the DPRK, the vicious cycle of confrontation and aggravation of tensions is an ongoing phenomenon on the Korean Peninsula, which has become the world’s most dangerous hot spot and where a spark of fire could set off a thermonuclear war,” he said.

He said the U.S. government has made plans for a new Korean war and is “waiting for a chance to implement them.”

Pak said the last military drill in August, which saw 80,000 troops from South Korea, the United States, and seven other countries, “drove the situation on the Korean peninsula to the brink of war.”

He rounded on the hardline stance toward the north adopted by the conservative South Korean administration of Lee Myung-bak.

“History will bring them to justice,” he added.