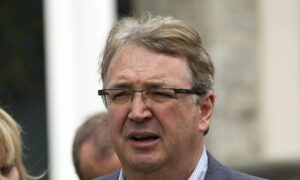 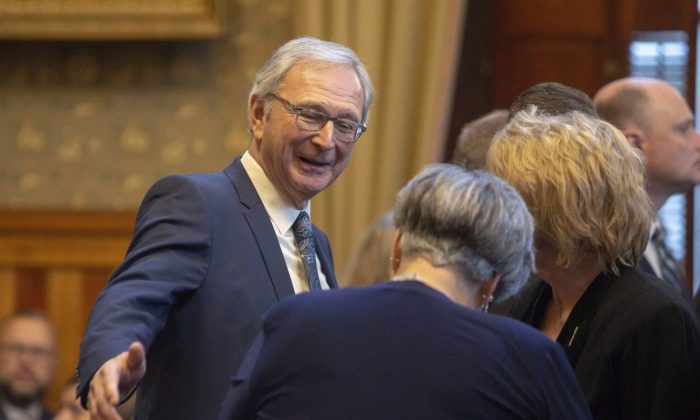 FREDERICTON—New Brunswick’s new minority Tory government has delivered a throne speech that promises a balanced budget by March 2020 or sooner.

The Tories were sworn-in two weeks ago, after defeating a Liberal minority government on the confidence vote on their throne speech with the support of the three-member People’s Alliance party.

“Every dollar we spend imposes a tax on the hard work of our children, our grandchildren. We are making it harder for them to afford great schools, modern hospitals, and good roads. Borrowing without a plan for balance is not compassion. It is an act of inter-generational theft,” Roy Vienneau said.

The government plans to phase out the small business tax and the double property tax on secondary properties, as well as take a leadership role in eliminating trade barriers between provinces.

New Brunswick was at the centre of the debate over interprovincial trade after a New Brunswick man was charged for transporting too much alcohol from Quebec into New Brunswick.

Just a day after announcing changes to the provincial ambulance service, the new government is detailing other measures to improve the health care system, including a review of the contract with Medavie Health Services for home care services.

The throne speech also repeats Higgs’ promise to join several other provinces in the fight against the federal carbon tax, and says the government plans to create a legislative officer responsible for science and climate change.

The government is setting the goal of having 85 percent of students reading at grade level by the end of Grade 2.

It is also planning to restart the poverty reduction process and re-open the Provincial Nominee Program for immigrants and review programs that help new arrivals start businesses.