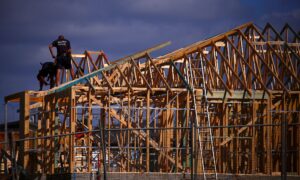 Corruption a threat to Australian business
By Shar Adams

The damage to international contractor Leighton Holdings from its bribery scandal overseas should be a lesson to Australian companies to avoid corruption, but fraud experts say Leighton is just the tip of the iceberg.

Brett Warfield has been investigating fraud and corruption in Australia for over 20 years and says most corrupt activity “never sees the light of day”.

“Whatever you find that makes it to the press and what is investigated is a small percentage of what actually goes on,” he told Epoch Times.

Three Leighton executives have been forced to resign over the allegations and there is now shareholder class action against the company. Brokerage Deutsche Bank estimates the scandal will cost the company more than $500 million, including a potentially hefty fine, Fairfax Media reported.

It is damage to reputation, however, that is likely to weigh most heavily on the board, says Mr Warfield.

A partner in forensic accountants Warfield and Associates, which also provides fraud risk management services, Mr Warfield said. “When you are talking about reputational damage, it is significant and it can have massive implications.”

The World Bank Institute estimates that more than $US1 trillion is paid in bribes each year. Robert B. Zoellick, former World Bank president, describes corruption as “a cancer that steals from the poor, eats away at governance and moral fibre, and destroys trust.”

Despite the damaging consequences, many in Australia believe corruption is a given when doing business in Asia and the Middle East.

One prominent Sydney accountant, who preferred to remain anonymous, told Epoch Times. “Everyone knows it is corrupt over there. The bottom line is if you are not prepared to pay bribes, don’t go to Asia or the Middle East to do business.”

Michael Ahrens, executive director of Berlin based anti-corruption organisation Transparency International in Australia, says he is concerned about the influence of corruption overseas on Australian business practices. Describing it as “the supply side of bribery”, he said it is a fundamental problem for Australia.

“It corrodes our own values and it poisons the atmosphere within the individual companies,” he said.

Australia is considered to be among the least corrupt countries, ranked 7 on Transparency International’s Corruption Perceptions Index. And in a survey of 100 fastest-growing companies in 16 emerging markets three quarters of the companies were below acceptable levels, Chinese companies ranked the least transparent, and so most prone to corruption.

“Considering their growing influence in markets around the world, this poor performance is of concern,” the report said.

Mr Ahrens says plenty of companies do business in Asia and the Middle East without resorting to corrupt practices but they have strict guidelines and strong corporate governance.

“It is possible to do business without paying bribes, and if it is not in a given situation, you pack up your bag and you walk,” he said

Transparency International runs corporate anti-corruption training programs and Mr Ahrens says they are implemented right through the ranks. The seminars and workshops focus on scenarios that staff are likely to encounter and on strategies for dealing with them.

“It’s a program – you have to have proper compliance, people who know what they are doing and who are endorsed and supported by the top executives,” he said.

He said he would like to see the government’s business assistance body Austrade be more proactive in briefing companies about corruption and notes that his organisation is in discussion with Austrade about training programs.

Mr Warfield believes the strongest deterrent is anti-corruption legislation and strong punitive action if it is contravened.

Strong anti-corruption legislation has been introduced in Britain and the United States to great effect, he said, but Australia lags behind.

“When it has such huge ramifications for Australia and its image I think you have to have a big stick involved,” he said.