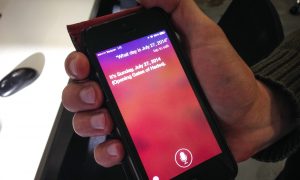 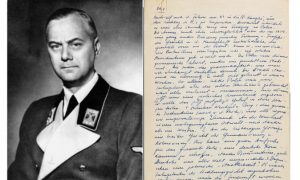 Mythical Creatures: The Return of Bigfoot

Among all of North America’s mysterious creatures, be it New Jersey’s Jersey Devil, Illinois’s Thunderbird, Wisconsin’s Werewolves, or Florida’s Swamp Beast, none is more famous or more sought after than Bigfoot.

Nearly every state in the union claims to have Bigfoot sightings, and it’s difficult for many crypto zoologists and paranormal investigators to determine the genuine from the false. Most sightings seem to come out of the Pacific Northwest. The area’s dense forest might be the perfect habitat, and hiding place, for the Sasquatch.

The legend of a giant ape-like beast roaming the New World has been around since before Europeans colonized North America. But the modern hype surrounding Bigfoot can be traced to a magazine called “True,” whose December 1959 issue featured an article describing large mysterious footprints discovered in Bluff Creek, California.

The most famous Bigfoot ‘evidence’ is a short film by Roger Patterson and Bob Gimlin. The 1967 reel shows a mysterious creature strolling through a clearing in Bluff Creek. The film has met with much skepticism over the years, but the filmmakers stand by what they saw. Both men made plaster casts of the giant footprints that were left by the creature

Perhaps the most credible eyewitness encounter comes from Reinhold Messner, who was the first to climb Mount Everest without oxygen. Messner claims that during a climb in 1986 he encountered a Yeti: a Bigfoot-like beast supposedly native to Mount Everest.

The most recent developments came this past October with The Sasquatch Genome Project (SGP): a group that has assembled a great deal of Bigfoot evidence over the past few years, much of which includes purported hominid DNA. Dr. Melba Ketchum analyzes the samples.

SGP has invested approximately $500,000 into their DNA analysis of 111 specimens of supposed Sasquatch hair, blood, skin, and other tissues which were submitted from 34 different research sites across 14 states and two Canadian provinces.

“Those hair samples that could not be identified as known animal or human were subsequently screened using DNA testing, beginning with sequencing of mitochondrial DNA followed by sequencing nuclear DNA to determine where these individuals fit in the ‘tree of life,’” Ketchum told ABC News.

New York University Anthropology professor Todd R. Disotell points out that Ketchum’s research has yet to make its way into peer reviewed journals, according to ABC News.