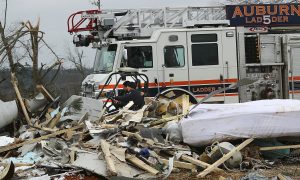 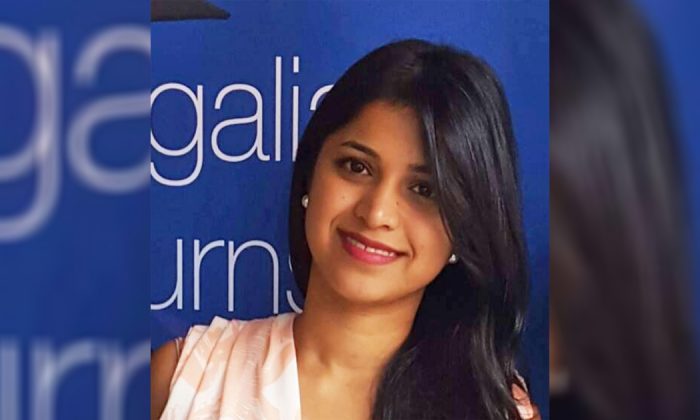 There are many unanswered questions involving the disappearance of a Sydney dentist and how she ended up dead in a suitcase just days later.

New South Wales Police are investigating the death of Penrith resident Preethi Reddy, 32, who was reported missing by family members when she failed to return home on March 3.

The family told police that they had last heard from Reddy at about 11 a.m. on March 3 after she had attended a dental convention in St. Leonards on Sydney’s North Shore.

Reddy told her family members she would have a late breakfast in the central business district before returning home.

Surveillance footage placed Reddy inside a McDonald’s restaurant at the Strand Arcade in the CBD at about 2:15 p.m. before she left unaccompanied, heading south on Market Street.

She had spent the night before with her ex-boyfriend in a hotel on Market Street. The man later died in a separate car accident at about 10 p.m. on March 4, when his BMW collided head-on with a truck and burst into flames on the New England Highway near Willow Tree in the Upper Hunter region.

The semi-trailer veered across the road and through a railing. The 49-year-old male truck driver managed to escape before the entire truck was engulfed in flames. He was taken to hospital for mandatory blood and urine testing.

Police suspect the crash was deliberate.

“Detectives from Oxley Police Area Command are investigating the circumstances surrounding the collision, which is believed to be a deliberate act,” the police said in a public statement.

Police searched for Reddy and found her vehicle, a grey Volkswagen Golf, parked on Strachan Street in the Sydney suburb of Kingsford at about 9.30 p.m. on March 5. Inside the vehicle, they discovered Reddy’s body in a suitcase, showing multiple stab wounds.

Enough. Please note that as a mark of respect in light of this tragedy, the International Women’s Day event scheduled for this Sunday 10 March in Blacktown organised by the United Indian Associations has been postponed. May Dr Preethi Reddy Rest In peace. https://t.co/B70XT4NqAR

Detectives from Parramatta Police Area Command investigating the missing person case released surveillance footage in a bid to find more information from the public. The footage shows Samah Baker, 30, inside a North Sydney hotel wearing both a peach-orange coloured dress and a black and white spotted shirt with denim shorts on Jan. 2.

Two days later, Baker and a friend were spotted driving to her home at Early Street, Parramatta, in the early hours of Jan. 4. Relatives reported Baker missing later that same day after being unable to contact her.

Detectives could not find the same clothes Baker was wearing in the hotel footage and are treating her disappearance as suspicious.

“It’s been an agonising two months for Samah’s family as it is a long time to not see or hear from her,” Parramatta Police Area commander superintendent Julie Boon said in a public statement. “It’s very unusual for her not to contact her family for such a long period of time, and there were no known plans of her to leave her home or Sydney.”

Baker is described as being of a Mediterranean or Middle Eastern appearance, 155 to 165 centimetres (5.08 to 5.41 feet) tall, with a medium build and long dark hair.

Baker’s social media account has been active since she disappeared but police still believe something may have happened to her.

“Despite her social media account being updated since she was reported missing, investigators are examining the possibility she may have met with foul play,” Boon said. “We will continue to pursue all lines of inquiry and are calling on the community to come forward and help us locate Samah.”

Detectives are appealing for anyone who saw Baker on Early Street in Parramatta, or heard anything suspicious in the early hours of Jan. 4 to come forward.

Anyone with dashcam footage during that time, particularly between 1 a.m. and 7 a.m., are also encouraged to provide their footage.

Investigations are continuing and anyone with information is asked to contact Crime Stoppers by phoning 1800 333 000 or visiting the Crime Stoppers website.