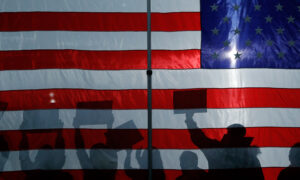 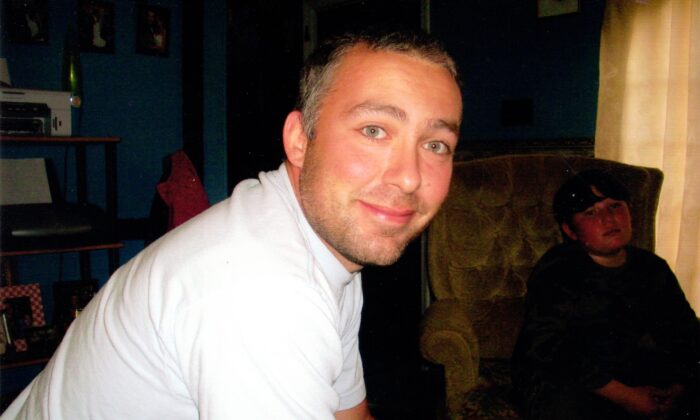 Matthew Heath is seen at his mother's home in Knoxville, Tenn. (Courtesy of the Heath family via AP)
US News

The weeks-old message is all the family of Matthew Heath has to pin its hopes on since the former U.S. Marine corporal was arrested at a roadblock in Venezuela almost two months ago and accused by President Nicolás Maduro of being a terrorist and spying for Donald Trump.

But other than the brief mention by Maduro, the American’s plight has largely gone unnoticed. Nobody in the family or Trump administration has spoken to Heath. Nor has the Maduro government—never shy about taking a swipe at the United States—shared a video of the former intelligence contractor as it did when it nabbed two former Green Berets tied to a failed beach raid in May to overthrow him.

Now, for the first time, Heath’s family in Knoxville, Tennessee is breaking its silence. In an interview with The Associated Press, they denied Heath went to South America with the aim of plotting against Maduro and insist he always kept on the straight and narrow.

But they are at a loss to explain some of his movements, including an earlier arrest on weapons charges in neighboring Colombia, where he arrived in March on a fishing boat with two other U.S. vets. Their theory: he was desperately traversing the tip of South America during a near-total coronavirus lockdown in search of passage to Aruba, where his newly-purchased boat lied waiting.

“My guess is he was an American in the wrong place at the wrong time,” said Everett Rutherford, who is married to Heath’s aunt. “It was a bonehead idea and it didn’t help once they could figure out his history.”

Heath, 39, was arrested Sept. 10 traveling along the Caribbean coast accused of scheming with three Venezuelans to sabotage oil refineries and other infrastructure to stir unrest. Authorities said they found images of targets on Heath’s cellphone and they displayed pictures taken indoors of a grenade launcher, plastic explosives, and a bag of U.S. dollars they said was being transported by the “terrorist cell.”

But many suspect the evidence was planted. None of the items were displayed in the first outdoor photos taken at the roadblock where they were arrested. Nor was there anywhere to be seen a National Guard sergeant arrested with the group.

U.S. officials immediately denied sending Heath to Venezuela and advocated for his humane treatment. Coming on the heels of the foiled incursion in May organized by Florida-based security firm Silvercorp, which flopped mightily with the death of six Venezuelan fighters and two Green Berets thrown in jail, any additional American freebooting would’ve been a stretch.

But Heath’s reputation for discretion, background in signals intelligence for the Marines, and past work as a U.S. government contractor in Iraq and Afghanistan seemed straight out of a Tom Clancy novel.

Even his family has asked whether he was on some sort of secret mission—although there’s no evidence linking him to the Silvercorp fiasco or other possible mercenary activity that Maduro says was prompted by the United States’ $15 million bounty on his head.

“What did Colombia do after [the] May 3 attack called Operation Gideon?” the socialist leader said in a press conference Wednesday, referring to the Silvercorp raid. “It provided mercenaries with more support, more money, and more weapons.”

Sean McFate, who teaches at Georgetown University, said adrenaline-seeking vets returning home from the crucible of war and who don’t want to be security guards at the shopping mall are a growing challenge for U.S. foreign policy.

“A soldier like Heath, whether or not he’s guilty, is very attractive to authoritarian leaders like Maduro seeking leverage with the U.S.,” said McFate, who was himself a private security contractor after retiring from the U.S. Army.

U.S. officials say they are worried Heath is being mistreated. Unlike the ex-Green Berets in the botched Silvercorp raid, Luke Denman and Airan Berry, who looked upbeat and well treated in a recent video call with family members, he’s being held in a prison perversely called “the House of Dreams” by Venezuela’s military intelligence.

A recent United Nations report described the facility as overcrowded, without natural light or ventilation. Former detainees recounted to the UN sleeping on the cold floor, with little food and being forced to defecate in a plastic bag changed once a week.

The only contact Heath had with the outside world is through smuggled handwritten notes, one of which mentions Han Solo—his son’s hero from Star Wars—and another his time on the personal security detail of Ambassador William Taylor when he headed the American reconstruction effort in Iraq.

“I send these letters in the blind, I hope you are getting them,” he scribbled in one distressing missive addressed to his family dated Oct. 7. “They asked hard, I haven’t said shit.”

Ironically, Heath himself spoke critically of the United States’ own treatment of foreign prisoners, specifically Iraqis held in Abu Ghraib prison, where inmates said they suffered abuse and torture.

“I am very angry they were disrespected like they were,” he told his local newspaper, the Knoxville News Sentinel, in 2004 a year after he retired from the U.S. military and was studying at the University of Tennessee. “We’re confirming their worst fears.”

Rep. Chuck Fleischmann (R-Tenn) said his office is in close contact with the State Department and U.S. Embassy in Bogota—the U.S. Embassy in Caracas was forced to shutter last year—is doing all it can to secure Heath’s release.

“We remain concerned about the condition in which he is being unjustly held and his ability to receive due process,” Fleischmann said in a statement to the AP.

Heath joined the military following in the footsteps of his father and several uncles. Trudy Rutherford, who helped raise Heath after his mother left her young family, considers him a son. She described him as hard-working and affectionate with family even if a little quiet, especially when it comes to discussing his work.

Still, while Trudy Rutherford said that she wishes she knew more about her nephew’s endeavors, she’s certain he did no wrong.

“Every day I wake up feeling sick and want to throw up,” said Rutherford, her voice rising in anger for fear Heath is being mistreated. “I just want him back.”