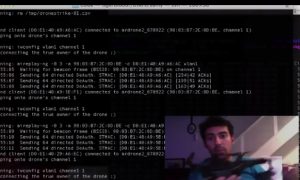 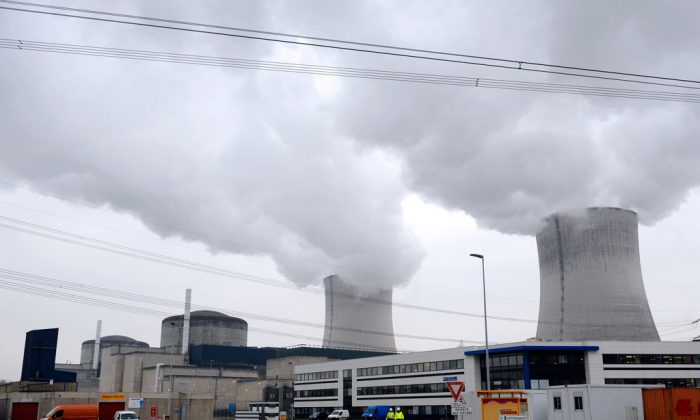 Mystery Drones Are Buzzing Around French Nuclear Plants—Should We Be Worried?

Mysterious, seemingly coordinated, drones have appeared in the past month over a number of nuclear power stations in France. We don’t know what these flights are for or who is behind them. But perhaps the most crucial question they raise is whether this now widespread technology poses a threat to nuclear facilities.

Drone flights were first reported over at least 13 nuclear facilities in October.

The flights have taken place mostly at night, involving drones of different sizes and capability, from smaller models that would need to be operated within the immediate vicinity to larger ones around two meters in size, which could be controlled from kilometers away. Flights have been carried out both in isolation and concurrently, with drones flown simultaneously over nuclear facilities hundreds of miles apart.

It is difficult to assess the risk posed by the recent drone flights as at this point it is unclear who is behind them and crucially what their intentions and capabilities are.

The fights are in breach of the 2.5 kilometers no-fly zones, which protect the air space around French nuclear power plants. However, nuclear operator EDF has been quick to down-play the potential threat noting, “these objects are not capable of damaging anything if they fall, nor is any object they might drop.”

Since the 1980s, French nuclear regulation has considered the risk of light aircraft crash, dictating that certain nuclear power plants had to be able to withstand a collision by an aircraft of 5.7 tons (the size of a small private jet). Following 9/11 the French authorities will undoubtedly have revisited the issue. However drones themselves are relatively light and slow: a nuclear plant should easily brush off the impact of a crash.

More worryingly, drones could be used to carry explosives for detonation close to the reactor or other sensitive parts of a nuclear site, although there have been no reports to date that these drones have been carrying a malicious cargo.

Although this may seem alarming, the use of explosives to cause a radiological release or disruptive plant operations will have been assessed by nuclear operators when designing onsite security systems. A typical reactor design includes a high strength steel pressure vessel at least a foot thick to contain the reaction and a concrete containment structure several feet thick. While this is mostly in place for safety reasons, it also brings benefits in terms of security.

That said this specific attack route—involving drones as a delivery vehicle—may not have been considered as the wide availability of this technology is a recent phenomenon. If so France and other countries will no doubt be in the process of updating their Design Basis Threat, a restricted document that outlines the capabilities and intentions of potential adversaries and serves as a guide against which physical protection systems are designed and evaluated.

Drones could also have other malicious uses. When mounted with small cameras, they could be used to conduct reconnaissance or to test security provisions before carrying out a follow-up attack by other means. Or they could be potentially used to drop equipment onsite to help out a malicious insider. A recent case in Belgium involving the sabotage of non-nuclear systems of a power station by an employee highlights that insiders can pose a real threat.

The Power Behind the Drone

The malicious use of drones—although unlikely—is certainly a threat worthy of consideration. However, the actors and intentions behind the French cases still remains a mystery.

A group of three model aeroplane enthusiasts were arrested and questioned by French authorities in early November. They were allegedly about to launch a basic drone (costing around 100 euros) in the vicinity of a power plant. However, following their arrest the mysterious flights have continued, with reports suggesting those arrested were either copycats or just pursuing their hobby in an unfortunate location.

More likely than a malicious group being behind the flights is that they are the work of anti-nuclear pressure groups. There have been a number of incidents in recent years involving protesters breaking in to nuclear facilities to highlight inadequate security and nuclear “risks.” These include a break in by more than 60 people earlier this year at a facility in France, a break in at a Swiss plant in March, and three break ins to Swedish nuclear plants over two years up to 2012.

In 2012 a Greenpeace activist flew into the secure area surrounding a French reactor using a motorized paraglider.

A spokesperson for Greenpeace—which has denied any connection to the recent drone flights—stated at the time that “we wanted to illustrate an external danger, like a fall of an aeroplane” onto nuclear facilities. Perhaps the use of drones represents the work of another group of activists seeking to highlight the risk that readily available drone-technology could pose to nuclear facilities.

The drone flights, as with other breaches of security involving terrorists, spies or protesters, can have important implications for the nuclear industry. While a radiation release caused by a malicious act at a nuclear facility is unlikely, incursions and other breaches of security can impact in other ways. Events leading to outage or plant shutdown can be hugely costly. The sabotage at the Belgian power plant, for example, along with the unrelated shutdown of two other reactors is costing the operator 40 million euros a month.

More broadly, the reputation of operators, regulators and the whole industry is at stake when security weaknesses are highlighted. It is for this reason that—whoever is behind the mysterious flights—it is in the interests of the nuclear industry and the French authorities to get to the bottom of the issue as soon as possible.