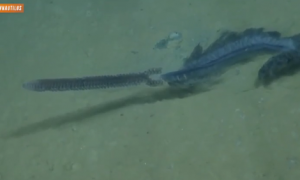 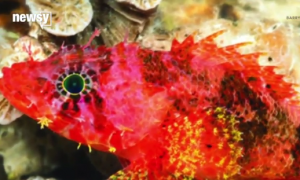 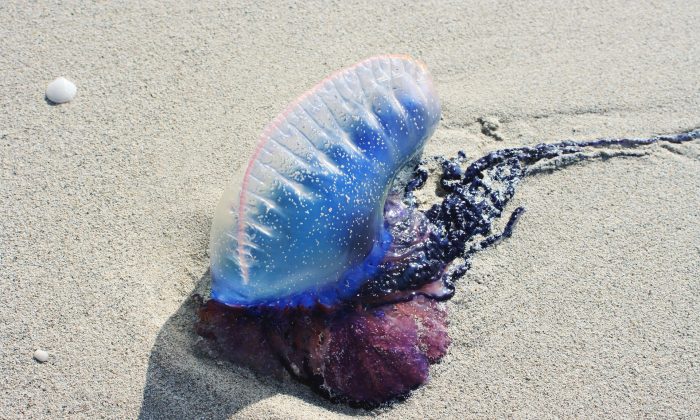 Creatures being washed up the beach from deep within the ocean. (KROSSWerbeagentur/Pixabay)
Environment

The ocean is full of really strange creatures, all at different depths in the ocean. As strong ocean waves and storms stir up these waters, some of these creatures get washed up onto beaches all over the world.

Some of the creatures live at depths of 1,200 feet, in the mesopelagic zone, far beyond what a normal person has explored, or even just dived to—and vary in size from small to absolutely massive. Pictures of these deep-sea creatures (or strange-looking ones) were posted online and gained much attention from the onlookers both online and onsite.

Stories of strange pink creatures and hairy unidentified sea species were only the beginning of these odd tales of random things being washed ashore—that’s merely the start of a slew of tales of bizarre things. While some of the creatures are taken in by locals as treasures, some are sent to research facilities in order to better understand what the ocean has yet to offer.

Here are the quite spectacular and strange creatures that have been washed up on the various beaches of the world in 2018.

One of which is a giant blob-looking creature with shaggy hair.

A mysterious creature washed up on the beaches of the Philippines in May—people flocked to the San Antonio beach to take pictures of the stranger.

It was dubbed the “Globster.”

Two men worked to pull the creature out of the shaloows of the sea and onto the shore, where people were completely at a loss as to what it was, exactly. With help from officials, the creature was confirmed to be the body of a whale.

Another strange creature was found in June on the Padre Island National Seashore in Corpus Christi. Edie Bresler, a photographer, found the creature when he was surveying the beach for treasure. Not knowing what this creature was, he took out his camera and quickly took a few pictures of the strange fish and took them to the park rangers.

They were equally as confused. And baffled.

CREATURE FEATURESometimes life washes up from the deep! Edie Bresler was lucky to come across, and photograph, a…

Bresler sent the photos to officials, and they determined that the creature they were looking at was a thick-tailed batfish.

These fish come from ocean deoths between 600 and 1,200 feet—where the really, really strange fish are swimming. These fish use their fins to “walk” or crawl along the ocean floor, where they feed on worms, small crustaceans, and tiny fish.

In September, another blob was found on Pakiri Beach—this time, it was alive. A local found the pink creature and found that it was still contracting, similarly to that of a volcano.

It was later discovered that the species was a lion’s mane jellyfish. This species of jellyfish can actually grow to lengths loner than a blue whale, with its tentacles reaching 190 feet.

Not long after the discovery of the lion’s mane jellyfish, a smaller jellyfish was found washed up on New Jersey beaches in October. It is the Blue Jellyfish. Though they aren’t uncommon, they’re smaller and much more vibrant than the other creatures that have been washed ashore.

Blue button jellyfish have disk-like bodies, and they’re usually around 1 inch in diameter.

Researchers confirmed that they were indeed blue button jellyfish—while normally residing in tropical waters, this one was probably pushed north by the heavy winds of Hurricane Florence.

If the blue jellyfish is beautiful, then whatever washed ashore in Canterbury, New Zealand, in November definitely wasn’t.

Initially believed to be some plastic trash, the local who found it was given quite a surprise when she found that it wasn’t trash that was littering the beach. It had prickly skin and looked something like an alien from some movie.

It was later found out by the National Institute of Water and Atmospheric Research that the creature was a New Zealand rough skate. The skate is named after its prickly skin and is common in Canterbury, New Zealand.

The creature can grow up to 3 feet and is usually found in waters from 33 feet to almost 5,000 feet deep.

Also in November, sea squirts were found off the coast of Maine. While officially called Tunicates, the sea squirt is a marine invertebrate animal. While they move around sometimes, they are known to have a barrel-like body where water courses through one end and exits through another—which is the way they feed, as well.

They tend to stick to things on the ocean floor, like coral reefs and seaweed. They’re generally relatively small, averaging to around 2 inches.

They are, however, growing quite quickly and causing a lot of sea organisms to die out, which may harm the ocean, as some of these organisms are vital to the ocean’s ecosystem.

There’s more the ocean has yet to offer—including more creatures that roam on the bottom of the ocean floor, however, as time passes, more and more creatures will be flooding beaches, allowing researchers to gain a better understanding of what might be down there.