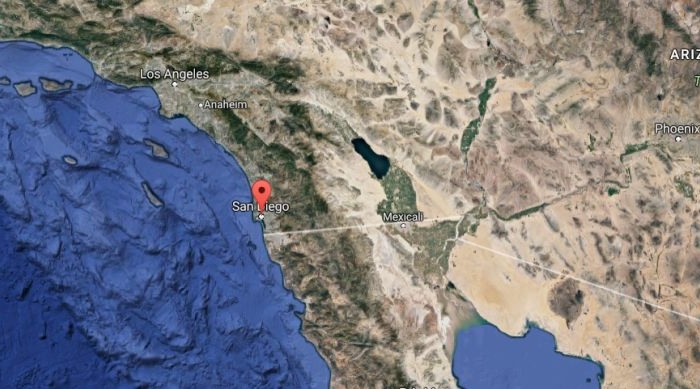 San Diego residents noted shaking and a loud, mysterious boom in various parts of the city and county.

A number of people on social media said they thought it was an earthquake. However, there were no quakes that registered in the U.S. Geological Survey on Thursday.

Alexa Robles said the boom “shook the roof to our office building. Off market street near the 94 and 30th.”

“Thought it was guys working on building next door at first,” Marvin Ramirez said from San Carlos.

“I heard the boom ! I live in Spring Valley thought it was construction, but I didn’t feel any shaking,” another person said. “About a week or two ago I heard the exact same boom and few seconds later my bed and walls started rocking it stopped for like 2 seconds and started shaking again. I didn’t see any reports on an earthquake that day and I asked people if they had felt it and no one did so I just ignored it,” a woman told Fox5.

A spokesperson for the Naval Air Forces, U.S. Pacific Fleet, said that a plane flying at supersonic speeds could produce a boom—but they normally don’t have flight operations when the noise was reported.

A spokesperson couldn’t confirm to NBC whether or not the boom was caused by operations.

“There is routine mortar training being conducted on the base, but it is highly unlikely that an impact would be heard and felt all the way in San Diego,” said Cpl. Shellie Hall, Patch.com reported.

U.S. Navy officials told Fox5 that they did not cause the incident.

The San Diego Sheriff’s Department also couldn’t tell what it was, the report said.

“We checked with our watch commander who monitors calls for service within our jurisdiction,” said the department’s spokeswoman, Melissa Aquino. “There’s nothing to report on our end.”