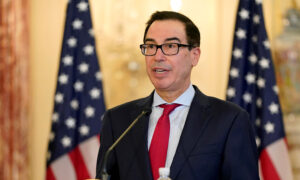 Mysterious lights appeared as a magnitude-8.1 earthquake struck Mexico, prompting widespread speculation across social media platforms. It was the most powerful earthquake to hit Mexico in 100 years.

Bright blue and green flashes appeared in the night sky across the country during the quake, leaving at least 32 dead, according to the Independent. It was deemed the strongest quake to hit Mexico in a century.

Earthquake lights have been reported numerous times in the past, with some attributing the phenomena to naturally occurring electromagnetic charges associated with the stress of certain types rocks in the ground, according to National Geographic. Earthquakes occur when the earth’s tectonic plates rub against one another.

NASA scientist Friedmann Freund said that “if the stress level (between the rocks) is high, there are electronic loads that momentarily transform insulation rock into a semiconductor,” according to a paper published in the Special Issue of the Journal of Geodynamics in 2002.

Freund noted that electrical loads are not easy to measure because they “move with impressive speed, as high as 300 meters per second.”

He wrote: “Various electrical phenomena have been reported prior to or concurrent with earthquakes such as resistivity changes, ground potentials, electromagnetic (EM), and luminous signals. Doubts have been raised as to whether some of these phenomena are real and indeed precursory. One of the reasons for uncertainty is that, despite decades of intense work, there is still no physically coherent model.”

But some believe that the lights are created by explosions at power plants or electrical cables, according to The Independent. Some people have speculated that the green light is produced by burning copper after the power transformers exploded.

Others tried to explain it as paranormal phenomena.

“In the past, people often interpreted [earthquake lights] in religious terms, and in modern times they thought of UFOs, although there is a completely rational physical explanation that we are working on,” Freund told National Geographic.