Meteor Lights Up Skies Above Scotland
0 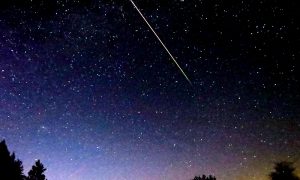 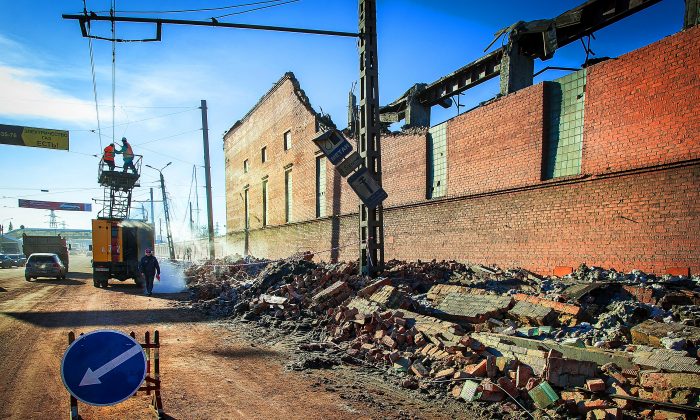 Workers repair a power line near the wall of a local zinc plant which was damaged by a shockwave from a meteor in the Urals city of Chelyabinsk, on Feb. 15, 2013. (Oleg Kargopolov/AFP/Getty Images)
Europe

A blazing light turned night into day over much of Russia on Jan. 8, sparking speculation that North Korea was launching a nuclear attack, —or that the Russian government was testing a new weapon.

Not so, said members of the government and the scientific community. it was just a common meteor.

Many Russian citizens who saw—and felt—the incident are not convinced.

“We saw this while driving—there was a vibration and the sound of explosion in the sky. Awesome,” he told The Siberian Times.

“What was it? A meteor, a rocket from space, UFO, North Korea?”

Another witness, Firaya Zaripova, opined: “Probably it was the testing of some military weapon, if even the ground was shaking.”’

The epicenter of the explosion seemed to be over the Ural mountains, in the areas of the Udmurtia, Bashkortostan, and Tatarstan.

Ilnaz Shaykhraziev told the Daily Mail, “I saw the flash in Menzelinsk. There was also the sound of an explosion and then a vibration, I felt it.”

One reason residents of the trans-Ural region might suspect a man-made source for this explosion, is that this is not the first. There have been many extremely bright flashes and explosions through the past several years over west-central Russia.

A meteor exploded over Central Russia in February of 2013, injuring about 1,200 people. That blast was centered over Chelyabinsk, a city about 950 miles east of Moscow, Reuters reports.

Another flash was seen in February 2014, over the Kola peninsula, about 600 miles north of Moscow. According to Military.com, the flash was seen around 2:10 a.m. on Feb. 21, and was silent—there was no sound and no shock wave.

This astronomical object lit up the skies on April 19, 2014.

November 14, 2014 several people in the Sverdlovsk region of Russia, also in the Ural Mountains, filmed the night sky bursting into a bright orange-red fireball that quickly dissipated.

Astronomers from Kazan Federal University claim that there was nothing man-made about the phenomenon—it was a simply a meteor which exploded in the atmosphere.

“This was a bolide, when all substance burns in atmosphere and doesn’t reach Earth,” Dr. Sergey Golovkin, of Kazan University’s Physics Institute, told The Siberian Times.

“It is accompanied by a loud bang.

“It could have been a fragment of a spacecraft that burnt, but normally it takes them more time to enter the atmosphere, thus they can be observed for longer.

“This was a bolide that burnt in the dense layers of the atmosphere which is why it was seen over such a big territory. We didn’t register the flash because there was strong blizzard on this night.”

Yet not all Russia’s scientists agreed.

Yuri Nefefyev, director of the Engelhardt Astronomical Observatory, said the apparent explosion was, in fact, a massive discharge of atmospheric electricity.

“There are a huge number of effects linked to atmospheric electricity, many of which are not properly studied because of how rarely they occur,” he told The Siberian Times.

One witness, Denis Rozenfeld, told the Daily Mail that he agreed with the scientists.

“A meteor burned out, not reaching the lower layers of the atmosphere. Before this, it exploded and split into many small pieces. That is why there was such a sound, which came to us in a few seconds.”