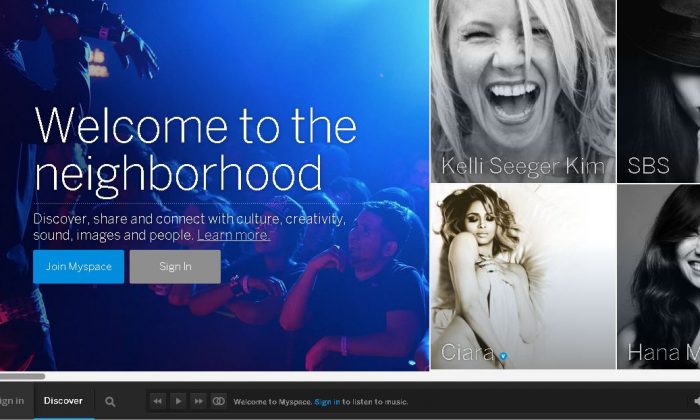 A screenshot of the newly relaunched MySpace.
Social Media

MySpace, once a leading social media website, relaunched on June 12 with a sleek new look.

The company also released its first mobile application on Wednesday.

The new MySpace allows users to log in through Facebook or Twitter and includes MyRadio, a streaming music player with radio stations created by people using MySpace.

The new site comes after an extensive process of soliciting feedback from artists, producers, and other MySpace members, according to Tim Vanderhook, the company’s CEO.

“It’s a completely human-programmed experience,” he told the Huffington Post.

Vanderhook sees MySpace returning to what it once was–a launching pad for independent artists, as well as a place for the creative community to hang out and share things.

The site’s new target demographic is musicians, artists, photographers, and DJs between the ages of 13 and 30, according to Chris Vanderhook, COO of Specific Media, which worked on the relaunch. The relaunch took two years.